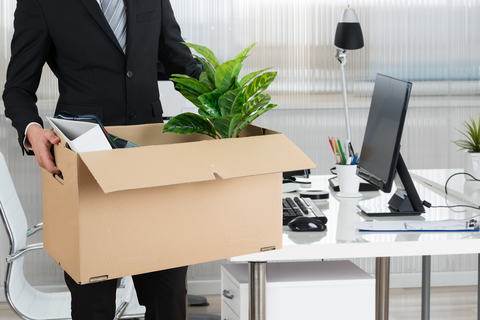 Some CEOs depart their jobs reluctantly, while others see greener pastures. (AndreyPopov/Getty)

This year continues to see a considerable number of executives leaving the top corporate spot, compared with 2017, as workplace pressures and the potential of new legislation are said to be driving them off.

Ninety-one CEOs of U.S.-based companies left their positions in May. That is down 16.5% from the 109 CEO exits in April. But it is 13.8% higher than the 80 CEOs who left their posts in May of last year.

That’s according to a report by outplacement consultancy Challenger, Gray & Christmas.

So far this year, 541 CEO departures have occurred, up 14.6% from the 472 CEO changes tracked in the first five months of last year.

“Despite the drop in May, we’ve continued to see an overall rise in leadership changes at the highest level,” said Andrew Challenger, VP of Challenger, Gray & Christmas, in a statement.

Companies are adapting to a tight labor market and uncertainty due to proposed tariffs and potential new legislation, Challenger said.

The government/nonprofit sector led all industries in departures with 109 this year, 22 of which occurred in May. Computer companies have disclosed 69 exits so far this year, 103% more than the 34 announced through this point last year.

“As consumers turn their attention to data privacy, tech firms are replacing leadership to meet those demands,” Challenger said.

Healthcare/products firms have announced 51 CEO exits in 2018, including six in May. Financial companies reported 48 through the year.

The common view is that CEOs resign because shareholders and/or the board force them out because of poor performance.

A study by Audencia Business School came out against that belief by suggesting CEOs often leave because of better opportunities somewhere else. They can find such opportunities through their networks, or connections, because CEO positions are rarely advertised, the study states.

“Therefore, connectedness provides an advantage in terms of finding a better position,” the researchers wrote in the study abstract.

The study used a database that contained information from nearly 7,500 CEOs over a 20-year period of time, and said this information supported its hypothesis.

Having connections, especially for youngish CEOs—those below 60—weighed more in their resignations than poor firm performance, the study said.

“Nevertheless, connectedness was related to CEO’s departure under any firm performance condition, suggesting that CEOs do not always leave because they are forced to but often because they have found a better deal in another firm,” the abstract continued.

Yun Liu, a professor at the University of California at Riverside, agreed that CEOs often don’t resign because they are being forced out, but instead leave because they have gotten a better position.

Liu based his findings (PDF) on employment contracting theory, particularly its idea of “participation constraint,” which suggests that people will stick with a current employment contract as long as they believe they are not worse off relative to outside opportunities.

When, and if, someone perceives that better prospects exist somewhere else, then the current contract may be abandoned, Liu wrote in his article. “In the case of CEOs, this simply means that CEOs may leave because they can land better deals in other firms or institutions.”