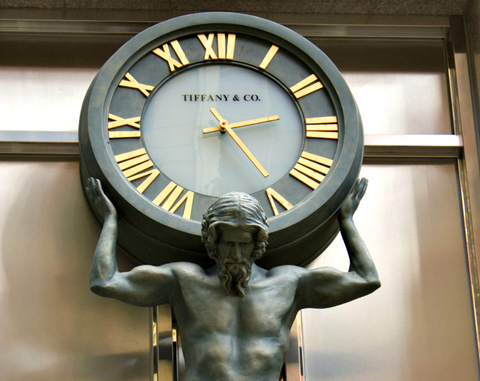 The Trump administration this week stepped up efforts to expunge an Obama-era rule that would have extended mandatory overtime pay to an extra 4.2 million American workers, according to a July 25 report by Reuters.

The Department of Labor announced that it would publish a Request for Information (RFI) for the overtime rule on July 26. The purpose of the RFI is to give the public an opportunity “to provide information that will aid the department in formulating a proposal to revise these regulations which define and delimit exemptions from the Fair Labor Standards Act’s minimum wage and overtime requirements for certain employees."

Released by former Labor Secretary Tom Perez in May 2016, the rule would have doubled the base salary threshold at which executive, administrative and professional employees are exempted from overtime pay—up to $47,476 from $23,660. In turn, that change would have made 4.2 million more workers eligible to receive time-and-a-half wages for each hour they put in over the required 40 per week.

At the time it was issued, Labor Secretary Perez said the salary threshold was originally intended to exempt high-paid executives—but instead it has denied overtime to low-level retail supervisors and entry-level office workers, who often slog away as much as 50 hours to 70 hours a week.

“Too few people are getting the overtime that [federal law] intended,” he told USA Today. “It’s simply not right.”

Vice President Joe Biden called the extension a critical part of the White House’s goal of “restoring and expanding access to the middle class. The middle class is getting clobbered,” he told the publication.

The rule, which was supposed to take effect in December 2016 but was blocked by a federal judge, immediately became a top target for business groups that said it would force employers to convert many salaried employees into hourly workers, Reuters reported.

Earlier this month, Reuters reported, the Labor Department asserted its authority to base overtime eligibility on workers' salaries in a brief submitted to the court. However, current Labor Secretary Alexander Acosta averred that he did not agree with the threshold set by the Obama administration.

This week, the department said that in light of the pending appeal, it decided to issue a request for comments rather than skip immediately to rescinding or revising the rule.

According to Reuters, the department also asked whether the rule would have an outsized impact on small businesses and specific industries.

Meanwhile, the National Employment Law Project, an advocacy organization based in New York City, issued a formal statement on “the regrettable move to revisit the overtime rule.” Executive Director Christine Owens said, “The Labor Department’s decision to revisit and likely revise the overtime rule is a slap in the face to millions of workers all across America who have waited long enough to be paid fairly for their overtime hours."

“Taking away overtime pay is no way to make America great again or benefit working people, as the president had promised in his inaugural address. It’s just another giveaway to big corporations and their lobbyists and CEOs.

“Working people should not have to wait another day for government to be on their side. We call on the Labor Department and the White House to move ahead now to implement the existing overtime pay rule, which was released after two years of extensive stakeholder engagement, including nearly 300,000 public comments, the vast majority of which were favorable to the proposed rule,” Owens said.

As of midweek, the Labor Department said it was considering completely eliminating the salary threshold, leaving overtime eligibility to be based on workers' job duties.