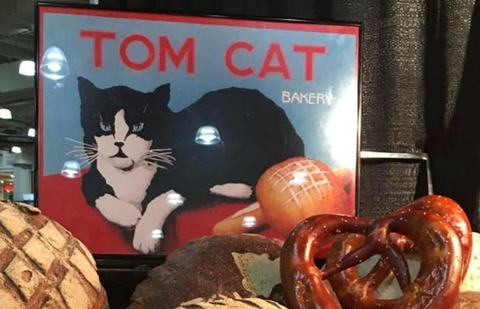 Le Bernardin's decision, which was confirmed in correspondence that Brandworkers shared with Crain’s New York Business, reportedly comes five months after the bakery, under pressure from Immigration & Customs Enforcement (ICE) and the Department of Homeland Security, sacked about 24 workers who were unable to produce documents showing that they could work in the country legally.

The firing of the undocumented workers was preceded by an audit of the Tom Cat workforce by ICE. In a March letter, the Department of Homeland Security sent Tom Cat a list of bakery workers whose papers were rejected.

According to Crain’s, the federal agency threatened the bakery with criminal charges if it continued to employ workers lacking proper credentials. A lawyer for Brandworkers said the bakery offered severance of one week's pay for every year employed.

However, Brandworkers said, the offer was not generous enough. Tom Cat also was criticized for not giving employees enough time to produce paperwork showing they could work legally.

Now, advocates and former workers are pressuring other Big Apple restaurants to boycott Tom Cat in protest of the bakery’s booting of undocumented immigrants, Daniel Gross, executive director of Brandworkers, told Crain’s on Sept. 7. A rally is being planned at take place before Robert, the restaurant at the Museum of Arts and Design at Columbus Circle.

About 63% of the city's food workers are new to the country, according to the Fiscal Policy Institute, and half of the city's immigrants do not have documents that allow them to work legally.

Since January, a national advocacy group called Sanctuary Restaurants has signed up 40 participants in the city to commit to protecting undocumented immigrants from deportation efforts by the Trump administration, Crain’s said. Advocates would like other employers to make sure ICE investigators who want to enter a company's premises have the appropriate warrants to do so.