Teens are doing what they do well: being unpredictable, this time in employment 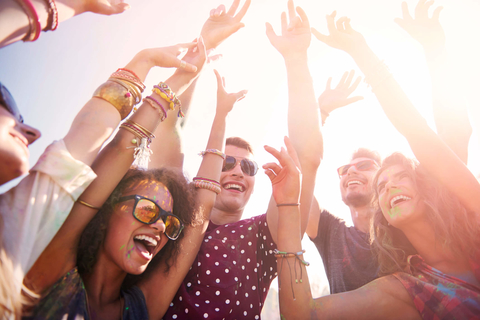 More teens than initially predicted have so far signed on for summer jobs. (gpointstudio/iStock/Getty Images Plus)

Teens are defying the experts and signing up for summer jobs, giving them the opportunity for employment experience and potentially aiding the advancement of more seasoned workers as they move up when the younger generation takes their positions.

The summer hiring season for teens kicked off with a strong start, with 130,000 workers aged 16 to 19 landing jobs in May, according to an analysis of non-seasonally adjusted data from the Bureau of Labor Statistics by Challenger, Gray & Christmas.

May is the start of the summer hiring surge, which, since 2006, has averaged 1.3 million teen jobs, said Andrew Challenger, VP of Challenger, Gray & Christmas, in a statement.

“May’s total is more in line with what we expect in terms of job gains,” Challenger said. “However, unless we see another huge June number that carries into July, we won’t see job gains much higher than last year.”

There has been concern about teens even wanting to enter the workforce, from Challenger himself. Last month he predicted teen hiring would be stagnant this summer, as more teenagers focused on education, family obligations and extracurricular activities.

RELATED: Teens staying home this summer as they opt out of employment

One area of concern is that retailers, traditionally major employers of teens, have been shutting their doors at a rapid clip. Some 9,301 store closures were announced in 2017, and 2,609 so far in 2018, according to tracking by Challenger.

But Challenger sees an upside to the situation.

“While retail may be pivoting, those jobs are not necessarily gone,” he said. “As retailers add new technologies to enhance the in-store experience, more workers will be needed to ensure shoppers are using them most effectively.”

It remains to be seen whether May’s momentum will continue. Teens have been on a downward slope when it comes to seeking jobs, according to measures besides Challenger’s.

In fact, the amount of teens in the U.S. with jobs has collapsed since 2000, the publication said.

The reasons include older workers.  They are tending to stay in the workforce longer, and a good share of them are winding down careers in office secretary and retail jobs, which had traditionally been the territories of teenagers during the summer, The Atlantic said.

Perhaps the primary reason teens are not looking for jobs is education.

They are staying in high school longer, seeking college educations with more frequency and enrolling in more summer classes.

“The percent of recent high-school graduates enrolled in college—two-year and four-year—has grown by 25 percentage points,” The Atlantic said. “That is almost exactly the decline in the teenage labor-force participation rate.”

The new summer job is summer classes because of more difficult high school requirements and greater pressure to go to college, The Atlantic said. The percent of 16-to-19-year-olds enrolled in summer school has tripled in the last 20 years, according to the Bureau of Labor Statistics.