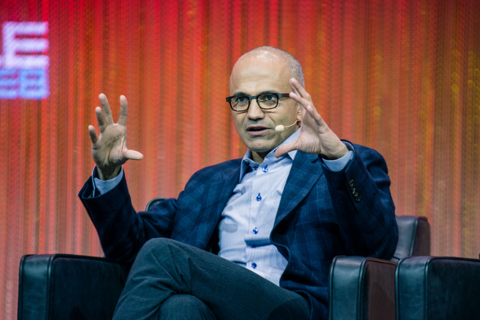 What if you had a top 50 list that should highlight woman CEOs and none of them made the top rankings? That is what happened in a survey called Best CEOs for Women 2018.

The first time a woman is named is at No. 29: Julie Sweet, CEO of Accenture.

In fact, only four women appear on the top 50. In addition to Sweet, General Motors CEO Mary Barra is listed at 37, Lockheed Martin Marilyn Hewson is 45, and Amy Zupon, CEO of Vertafore, is 46.

The top three CEOs were Craig Jelinek of Costco, Satya Nadella of Microsoft and Bert Bean of Insight Global.

The list was put out by Comparably, which is a two-year-old gatherer of salary and other personnel information that gets considerably play from the press for its surveys.

This particular ranking was based on the analysis of over 3 million ratings from employees at 45,000 U.S. companies who anonymously provided feedback about their CEOs, Comparably said.

Also, the 2018 Best Companies list is made up of the top 50 highest-rated CEOs based on feedback submitted in the last 12 months directly on Comparably.com, the company’s website said.

"Our intention for putting out lists like Best CEOs for Women is to celebrate leaders that female employees ranked as the best for providing a positive workplace culture,” said Comparably CEO Jason Nazar in an email to FierceCEO. “Doing so also creates more transparency, and this particular list is reflective of the fact that there aren't enough women in top leadership positions. This is a problem, it needs to change."

Also, to get a spot on the “Best CEOs for Women” list, each company was required to have reviews from at least 50 female employees. And the participating companies had to have at least 500 employees.

Aside from it being ironic that a female CEO survey named scant female CEOs, the report points up a reality in corporate America: there are very few woman CEOs in relation to males.

Women held only roughly 10% of the top executive positions (defined as CEO, CFO and the next three highest paid executives) at U.S. companies during the same period, Pew said.