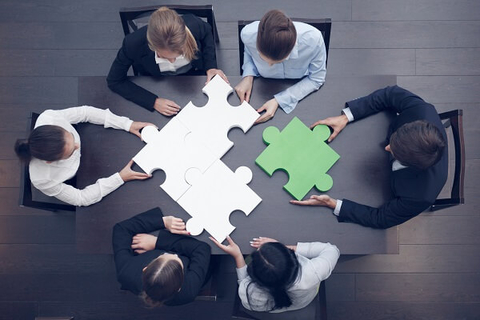 Companies that execute well are often differentiated from those that execute poorly by basic tasks like setting targets and grooming talent. (ALotOfPeople/Getty)

After studying 12,000 companies over 10 years, researchers at Stanford University’s Graduate School of Business found that achieving operational excellence is a major challenge for many organizations and persistent gaps in basic managerial processes were associated with persistent differences in performance, according to a Harvard Business Review article.

“If you look at the data, it becomes clear that core management practices can’t be taken for granted,” they wrote. “There are vast differences in how well companies execute basic tasks like setting targets and grooming talent, and those differences matter: Firms with strong managerial processes perform significantly better on high-level metrics such as productivity, profitability, growth, and longevity.”

The researchers rated companies on 18 practices in four areas: operations management, performance monitoring, target setting and talent management. Survey respondents could select from “poor to nonexistent” on the low end and “very sophisticated” on the high end of a scale of 1 to 5.

Overall, 11% of companies scored an average of 2 or less, while 6% scored 4 or higher, according to the article. But most striking were the differences within companies, the researchers wrote. “Even the biggest and most successful firms typically fail to implement best practices throughout the whole organization. Some parts of it are effectively managed, but other parts struggle,” they said.

Improving management practices comes with a cost: specifically, the same price tag as investing in buildings and equipment, the researchers said. But it’s worth it: Going from the worst 10% to the best carries a $15 million increase in profits, 25% faster annual growth and 75% higher productivity.

“Furthermore, we found zero correlation between perceived management quality and actual quality,” the researchers wrote. “This large gap is problematic, because it implies that even managers who really need to improve their practices often don’t take the initiative, in the false belief that they’re doing just fine.”

Governance structure is another reason. This is especially apparent in family-run businesses, which tend to have weaker management, the researchers said, because adopting strong management processes “may have significant personal costs to family members,” especially if it means hiring someone outside the family.

A third reason is skill deficits. Higher management scores correspond with higher employee education levels and the company’s proximity to a leading university or business school, the article states. “Superior performance is likelier when executive education can be had nearby, it seems,” the researchers wrote.

An organization’s politics and culture also play a role. For instance, when General Motors implemented the Toyota Production System in the 1980s and 1990s, conflict between suppliers and blue-collar workers hindered adoption. “Employees, for example, thought that any productivity enhancement from the new practices would just lead to head-count reductions and would more generally put employees under greater pressure,” the article states. “This distrust inhibited GM’s ability to negotiate for the working arrangements needed to introduce the new practices (such as teams and joint problem solving).”

Moving forward and to create future company leaders, business students would do well to think about how operational effectiveness applies to everyone, not just chief executive officers, the researchers wrote: “It’s unwise to teach future leaders that strategic decision making and basic management processes are unrelated.”