Special Report—Women CEOs on blazing a trail to the top: part 2 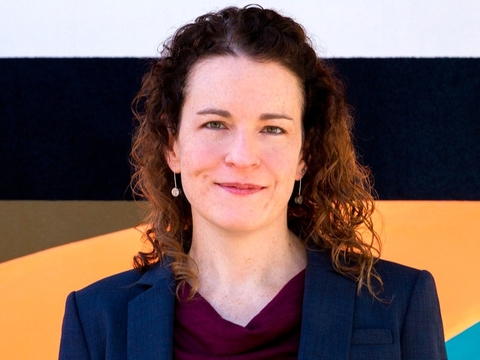 What does it take to reach the chief executive post? Being direct about what you want, for one. “If women want the brass ring, they should try to grab it,” says Jennifer Keough, CEO of JND Legal Administration.  In the second part of this two-part feature, women CEOs discuss the challenges, pitfalls and rewards of becoming a leader and key decision-maker.

Read Part 1 of this feature here.

The dearth of female CEOs can hold back professional development and peer support. “It’s a challenge,” said Lissy Hu, CEO of CarePort Health. “There are very few female CEOs. You don’t have a ready-made group to support you, so it’s important to be intentional about building that peer group and seeking out mentors.”

“There were moments I felt it was lonely at the top,” Kelli Reese, former CEO of North Coast Co-op. “So, I reached out to other women in my industry and I worked with an executive coach. Having connections was key, especially when navigating complex situations.”

The solidarity helped. “In the industry I was in, there were only a few other women at the helm of some of the larger organizations across the country, so I saw them succeeding and felt it was possible for me as well,” Reese said.
“It was hard, but I loved the work,” Reese said. “I believed in the organization and the impact it was making in the community and industry. I was proud of the organization, it had a larger purpose, without that I wouldn't have been attracted to the position.”

Reese said she “didn't recognize what an achievement it was for me to run a $34 million organization. I was qualified and good at what I did, it wasn't anything I looked at and thought it wasn't possible for me to succeed.”

It wasn't until “someone came up to me last year and actually said to me, ‘You should be proud of the accomplishment of being a woman and running an organization of that size.”’ I hadn't considered it until then,” Reese said.

Not all experience problems

Michelle Drolet, CEO of Towerwall, said she has never run into any difficulties having the role of woman CEO. “I feel blessed for never having been the target of discrimination or mistreatment,” Drolet said. “Like any business, we’ve had our share of clients with whom we needed to part ways, but overall our contract renewals are at 96%. We have clients that have been with us since the ‘90s.”

“A CEO's job is the same regardless of who you are -- being female does not affect where the company needs to be and how we get there,” said Yinglian Xie, CEO of DataVisor. “Customers, employees and investors care nothing about your gender; they are buying in to a promise and you need to deliver. Compared with when I was working in research, being a CEO has brought me a broader view of what it takes to not only build the best technology, but going a step further to make it successful as a product and as a business.”

As for the rewards of being a CEO, “Every time I talk with our clients and they tell us how DataVisor is protecting the safety of their customers and their business, I am proud of what we have accomplished so far as a team,” Xie said. “However, we still have a long ways to go and there are more mountains to climb. Every day brings a new set of challenges to overcome and higher goals to strive towards.”

Setting a vision is key

Belén Garijo, CEO Healthcare, Merck KGaA, Darmstadt, Germany, says “the priority of any CEO, regardless of gender, is to set a clear and ambitious vision for the short and long term. We need to make bold and sometimes tough decisions for the business, keeping the focus on our core mission.”

Garijo credits “flexibility as key and sometimes zigzagging as a better approach than pursuing the idea of a fixed career ladder. Looking for lateral moves to learn new things is equally important since that enables you to acquire a wide array of knowledge, skills and experiences.”

As for challenges, “One of the main ones is to be alert and continuously explore and identify opportunities for our company while trying to anticipate market changes to ensure we are leading and pioneering in our areas of expertise. Continuous transformation of one’s self and company is both rewarding and challenging. I’m constantly working for the evolution of traditional structures towards more dynamic forms, where innovation finds the right space to develop and diversity and talent find the best place to grow.

Female and male CEOs have to work just as hard

Christine Carrillo, CEO of JOANY, says being a female CEO “is not too much different than being a male CEO. I have to work just as hard. When I get rejected, I don't feel it's because I'm a woman. More often, it's because it's just not the right time for that investment or partnership.”

Carrillo has “occasionally experienced sexism when I'm pitching, but that's the exception.”

She got to her position “with relentlessness and determination. I started working when I was 15 and became the breadwinner of my family. This experience pushed me to do more than just get by.”

Giving up “was never an option for me,” Carrillo said. “Failure, learning, and getting back up: that, I get to do often. But I told myself I could not give up. We also have the challenge of growing our customer base while engaging with our customers in meaningful ways. We aim to be at 1 million customers by the end of 2018, and I'd like to take the company public by 2020.“

Carrillo said she doesn’t feel the significance of her accomplishments. “When I look back at how quickly our company has grown and the many people we have touched, I'm amazed,” she said. “But that isn't my accomplishment. It's the result of the tireless work my brilliant team puts in every day.”

To Krista Morgan, CEO at P2Binvestor, “being a female CEO is not that different, I assume, as being a male CEO. I still have to drive my business forward, make sure I’m hiring the right people, and deal with all of the daily things that come up with any business, in addition to defining and owning the company vision.”

The times Morgan most notices it “is when I step out of my day-to-day role. Things like raising money are a much different experience for a female CEO. I remember in one of my first VC meetings, all the investor questions were directed at my male CTO and not at me, even though, I ultimately had to answer every question.”

Morgan decided to start her own company “because I was sick of knowing that however hard I worked, or however successful I became, my corporate growth had a ceiling. I think one of the most positive things about being a female CEO is that I can actively play a role in workplace diversification. Some 50% of my company is female, and hiring a diverse team is championed and owned a lot more fastidiously than perhaps if we had a male CEO.”

Anne Green, CEO of CooperKatz & Company, feels “there is a significance to holding the CEO title. There is a kind of respect afforded when being introduced – one which can feel even more heightened given that I am a woman. You must stand on your own feet in terms of retaining that respect. But it is interesting how you are perceived by others. I do think the title plus the gender gets people’s attention.”

For Green, “the greatest reward of being a woman CEO is having the privilege to guide and lead others, which I do through working to empower them, helping them find their own voice and management style, and then getting out of their way. I love making decisions to advance our business. Another significant reward is feeling a sense of mastery in your work. That is, experiencing the confidence and accomplishment that comes from many, many hours invested and a whole lot of mistakes made along the way.”

The flip side is the pressure of being “at the top,” Green said. “As CEO, you feel immense and constant responsibility for every aspect of the business. It’s critical to remain as even-keeled, empathetic and open as possible. Ultimately, you balance the rewards with the challenges – and you hope the scale tips in the right direction most of the time,” Green said. “There is no great reward without great effort.”

Green said she “most fully feels the significance of being a women CEO when I sense what it means to other women who are younger than me. When I started my career over 25-years ago, I really looked up to the senior women around me. But at that time, I knew no women who held the CEO title. So, if my being who I am, doing what I am doing, inspires other young women to envision themselves in a senior leadership role – well, that is about as significant as it gets.”