The secret ingredient to being a good CEO? Emotional intelligence 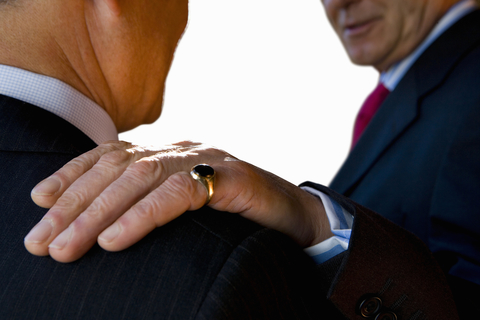 Emotional Intelligence, or EQ, includes the ability to learn from other perspectives. (FlairImages/Getty Images)

It takes a decent IQ to become a chief executive officer, but emotional intelligence, or EQ, also factors largely into business leaders’ success, according to several reports.

According to a CNBC article, Microsoft co-founder Bill Gates told The Wall Street Journal that Microsoft CEO Satya Nadella has a natural ability to give feedback with empathy—a skill Gates said took him years to learn.

“Satya has a natural ability to work well with lots of people, to tell people they're wrong in a nice way and to let feedback come through to him more than I did,” Gates said.

Nadella said that humility is the only way to put himself in customers’ shoes, according to the article. “The reason why I use the word empathy is because the business we are in is to meet the unmet, unarticulated needs of customers,” Nadella said in the article. “That’s what innovation is all about. And there’s no way you're going to do that well without having empathy and curiosity.”

At Uber, which suffered a string of scandals this year, new CEO Dara Khosrowshahi sent a reassuring email to employees after London officials said they would not renew the company’s license to operate in the British capital. Uber will appeal the decision. The noteworthiest part of the message, according to an Inc. article, was this passage:

“While the impulse may be to say that this is unfair, one of the lessons I’ve learned over time is that change comes from self-reflection. So it’s worth examining how we got here. The truth is that there is a high cost to a bad reputation. Irrespective of whether we did everything that is being said about us in London today (and to be clear, I don’t think we did), it really matters what people think of us, especially in a global business like ours, where actions in one part of the world can have serious consequences in another.”

EQ—which the article defines as the ability to identify emotions in yourself and others, to recognize the powerful effects of the motions and to use that to guide behavior—includes the ability to learn from other perspectives.

“A lesser-skilled leader may have seen the London transportation authority's decision as unfair, insulting, maybe even a direct attack on innovation itself,” according to the article. “But while Khosrowshahi expressed strong disagreement with the decision, he also demonstrated his ability to see the big picture—including past, present and future. He resists the temptation to focus on right or wrong; rather, Khosrowshahi helps his people understand how perceptions differ, and the reasons behind this. He realizes that even negative feedback is a gift—because it can expose blind spots and lead to necessary improvement.”

Another Inc. article lauds the approach Chris Wanstrath took during his time as CEO of GitHub, an internet hosting service. Wanstrath replaced Tom Preston-Werner in 2014 after Preston-Werner faced harassment accusations. Wanstrath suspended a developer who allegedly pulled a former developer’s code after she refused to sleep with him, rebuilt the company’s infrastructure as GitHub saw huge growth and then resigned himself—but only after making sure measures were in place to find his successor, the article states.

“Wanstrath’s masterful handling of every obstacle Github encountered allows us to sum up why emotional intelligence is so important in four words: What people feel matters,” the article states. “Just like Wanstrath, we all have the capability to gracefully address every obstacle thrown our way. What’s of utmost importance is that we put the opinions of others first so that we know how to properly respond to them when the time comes.”