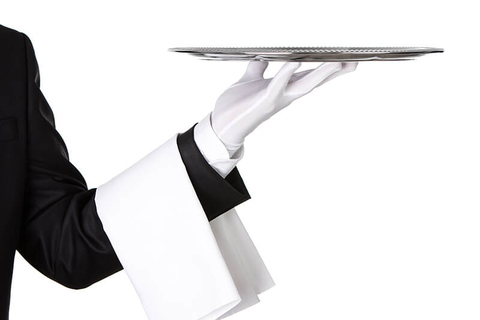 In Minneapolis, a service charge at restaurants will help pay for servers' healthcare costs. (Nastco/Getty)

Starting July 28, a number of Minneapolis restaurants began adding an extra fee to diners’ checks to fund healthcare for their wait staffs, according to a report by the local CBS-TV affiliate. Kim Bartmann—owner of three area eateries called Barbette, the Bryant Lake Bowl and the Bird—told the TV station that she will affix a 3% service charge to each meal she sells in order to offset the rising cost of medical and dental insurance for her employees. That will come to 60 cents for every $20 spent. “Health insurance has been going up 20% to 30% a year for the last few years, and we can’t continue to sustain those increases,” Bartmann said in a press release. “Rather than just raising prices, we want to be transparent about our costs. We think our customers will appreciate knowing that our workers have good quality, affordable health insurance.” (CBS-TV)

Stitch Fix files for IPO on the down-low

Stitch Fix, an expanding online fashion retailer and personal styling service, has filed confidentially to go public, according to a report by Reuters. The five-year-old company could be looking for a valuation of $3 billion to $4 billion in the offering, according to industry talk earlier this month. Founded by CEO Katrina Lake, Stitch Fix sends boxes of clothing and accessories to customers, personalized to their tastes. The company previously announced that it generated revenue of $730 million, profitably, in its 2016 fiscal year, which ended last July. Second Measure estimates that Stitch Fix’s revenue has grown by about 33% in the first 11-plus months of its current fiscal year. That would make its 2017 revenue nearly $1 billion. A Stitch Fix spokesperson declined to comment on the financials or the filing. (Reuters)