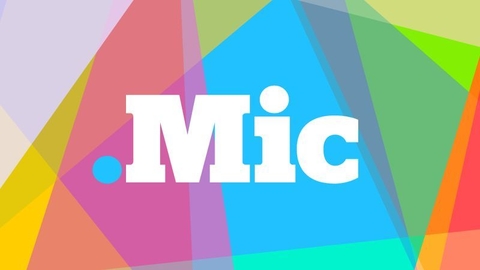 Mic has laid off 25 employees and announced that the publication will pivot to video. (Mic)

Mic cuts staff as it makes course correction toward video

Mic—usually billed as the selective news site for millennials—laid off 25 employees on Aug. 17 as part of a restructuring that will involve a pivot to video and other forms of visual journalism, according to an internal memo.

“We made these tough decisions because we believe deeply in our mission to make Mic the leader in visual journalism, and we need to focus the company to deliver on our mission,” CEO Chris Altchek wrote to full-time staff of the 2011 startup, based in New York City.

Indeed, he said, “Visual journalism already makes up 75% of the time that our audiences spend with [us]. As new platforms emerge and existing platforms continue to grow, we believe this will become a dominant form of news consumption. Our strategy to realign our resources behind this new market of ‘tap stories,’ in which we are already winning, will set us apart. In addition, we remain confident about our ability to succeed with extensions into the premium video space and already see strong traction with those efforts.”

People across departments were affected by the cuts, but roughly half of the layoffs affected the online newsroom. The layoffs include reporters, editors and members of Mic’s audience and analytics teams. A spokesperson for Mic said that the company would soon make new hires on the company’s video team, including on-camera correspondents, producers and other visual journalists.

Internally, Mic leadership has heavily emphasized correspondent-led videos for the past several months. Earlier this month, publisher Cory Haik wrote about her excitement regarding a “visual revolution in journalism” in an article for Recode, the posting of which set off a wave of speculation throughout the company about coming changes.

“Written journalism has a strong place in the pantheon of complex and deep storytelling, and we should continue to leverage this format. It’s not going away. But,” Haik wrote, “I also believe that the new mixed-media formats in social video (primarily short- and mid-form) offer a rich opportunity to deliver complicated news in compelling ways. I see short-form social video, and visually driven, mobile tap-through stories as much the same media. We are seeing this developing and coming together across all platforms: Facebook, Google, Apple, Instagram, Snap and more.”

The news source said that its own switch to visual journalism comes amid a tumultuous time in the media industry, as publishers continue to struggle with determining how to monetize their news content. Several other media companies, including Vice, Vocativ and MTV, have also parted with staffers in order to reallocate resources to video.

“I have never been more optimistic about Mic’s future and potential. Having recently completely our series C financing, Mic is in the strongest financial position in the company’s history,” Altchek said in his memo. He is calling an all-hands meeting for Aug. 24 “to discuss the future of the company.”

Life’s a beach for Daimler employees, who void all emails on vacay

According to the findings of a study by Washington, D.C.-based Project: Time Off, American workers failed to use 206 million vacation days last year. But that’s not the case in Germany, where full-time workers get a minimum of 20 days off—and they use it. What’s more, they are encouraged not only to take their days but also to cut off electronic ties to the company when they are away.

Now, German automaker Daimler has implemented a "Mail on Holiday" email policy that ensures its employees are taking full advantage of their time off, without fearing an overflowing inbox when they return, according to an Aug. 17 report by CNBC.

Not only that, but the policy allows employees to actually autodelete the emails they received while they were out of the office!

If you email a Daimler employee who is on vacation, company spokesperson Sabrina Schrimpf told CNBC Make It, you will get a three-option response letting you know that your email will be deleted, that you have the option to email a colleague if it's an emergency—or that you can email again once the employee has returned to work.

In a TED Talk earlier this year, psychologist Adam Alter described Daimler's messages as saying, "This person's on vacation, so we've deleted your email. This person will never see the email you just sent. You can email back in a couple of weeks, or you can email someone else."

According to Schrimpf, the policy was implemented after employers and managers were asked about their work-life balance and ways to improve it. In 2013, the company started "Mail on Holiday" pilot projects, and after receiving positive feedback from its employees, the policy was officially launched in 2014.

"As far as I know, it's a big relief for my colleagues," said Schrimpf. "It's more relaxing not having emails after you return from vacation."

In his TED Talk, Alter praised Daimler for the policy, noting that staring at our work screens while on holiday makes us unhappy.

While not everyone is fortunate enough to work for a company that has adopted policies like Daimler's, Alter says there are some practices professionals can enforce in their personal lives to ensure they aren't tied to their screen beyond the office.

For him, the cue to stop all electronic communications from the office is the start of dinner. “What happens is, you get used to it,” he said. “You overcome the withdrawal the same way you would from a drug, and what happens is, life becomes more colorful, richer, more interesting—you have better conversations."