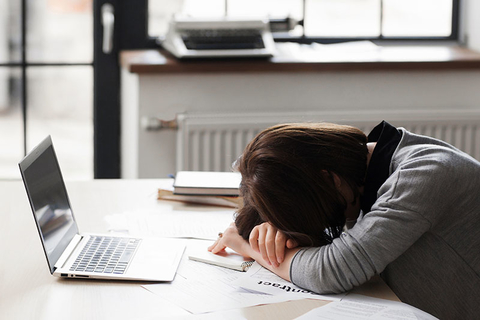 Employers initially impressed by a job candidate's resume often discover the person isn't such a good match for the position after all, research shows.

A resume and good people skills may get you in the door, but promising resumes often don’t equal promising hires, research by Robert Half shows.

Over six in 10 senior managers (64%) in a survey from staffing firm Robert Half said it's common for an applicant with a promising resume to not live up to expectations when interviewed. A lack of technical abilities (51%) and soft skills (49%) are common reasons new hires don't work out.

The survey also looked at how much time employers spend assessing job candidates. Findings include:

"Finding good resumes is just one piece of the hiring puzzle," said Paul McDonald, senior executive director for Robert Half, in a statement. "The full process can be challenging, but recruiters lighten the load and accelerate the timeline for employers by sorting through application materials, conducting initial interviews, and assessing skills and corporate culture fit. This allows hiring managers to focus their attention on candidates with the greatest potential."

“I think this can happen particularly where there is a mismatch of the candidate on paper versus in person,” said Wendi Weiner, Esq. and owner of the Writing Guru. “It is why I always suggest that job seekers be open and honest about their background—to both the employer and resume writer/career coach they partner with.”

It is important “that there is an alignment and symbiotic relationship between the two,” Weiner said. “Many job candidates are concerned about not having enough 'fluff' in their resume, so they begin to oversell, embellish, and exaggerate their background, often changing the title of their prior roles so that they can pass through the ATS software and land the interview. Perhaps they are skillful at interviewing and then take on the role, only for the company to discover that the person's experience was very limited.”

“I understand the struggle an employee has to pad the resume,” Maren Hogan, CEO of Red Branch Media, said. “We see it less in today's economy, but the standards that recruiters and hiring managers put on candidates when it comes to education and experience are often needlessly arduous.”

“When I find that a candidate is not living up to their resume, I either put them on a performance plan designed to get them on the right level or move them into a department where they're better suited. When I'm recruiting, I mentally downgrade experience on duties one or two rungs as well, so I can manage my own expectations and those of training managers.”

“The most common and obvious issue is with candidates who intentionally or unintentionally overinflate their skills,” said Jeff Zinser, principal of Right Recruiting. “We believe that most of the time the misrepresentation is unintentional and revolves around the difference between personal and team accomplishments.”

Being a part of a team “that accomplished something leaves a lot of gray area around the candidate’s personal contribution,” Zinser said. “An individual coming from a team-oriented, consensus-driven company may not understand the individual focus of an employer at a more personally driven culture. All parties in the interviewing process are using the same words, but they mean different things within the context of two different companies. Employers should drill down in the interview to insure that all parties are on the same page.”

The less obvious “mismatch issue is more subjective,” Zinser said. “It occurs when a candidate’s resume is accurate but they have ill-defined goals. The candidate can do the job but is not sure they actually want to do the job. We often hear from people the following phrase about a job, ‘That (industry, function, company) might be interesting. I might want to check it out.’”

That person “might go through the interview process, get an offer and take the job to see if they like it,” Zinser said. “If not, they quit and go back to their core skill. Imagine someone trying on a job like they are trying on a suit. If they find out it doesn’t fit, they take it off. If the job doesn’t fit, they quit a few months later. Understanding candidate motivations is key in that situation.”

For Michael Perez, principal of Nautilus HR, the best way to guard against bad hires is to train managers and interview teams in behavioral interviewing. “Ask open-ended questions about specific past experiences related to the job requirements and what the candidate states on their resume,” Perez said. “Although it’s tempting, you have to resist gut feelings. Know the must-haves, the nice-to-haves and not-necessary requirements of the job and then prepare your interview questions to tease out the specific past experiences in depth of what a candidate has done. In the end, interviewing is an imperfect process, where both parties are trying to put their best face forward. Using sound practices such as behavioral interviewing can help shore up the process.”

Read more on
Robert Half