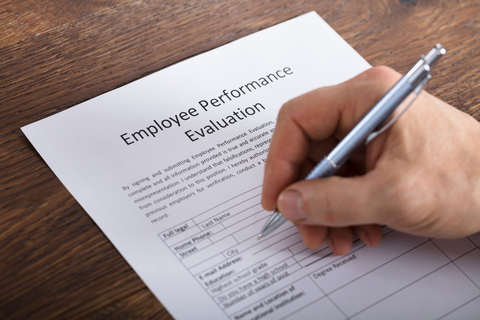 With studies showing that annual performance reviews are less effective than more frequent feedback cycles, companies are looking to change things up.

About seven in 10 companies are changing their performance management, Deloitte’s 2017 Global Human Capital Trends survey found, according to a Big Law Business article. “Many employees consider performance reviews more valuable when they occur at least quarterly,” it states.

An Adobe study found that 59% of office workers said reviews didn’t affect their approach to work, and 37% said they responded to a review by looking for a new job, according to an article in Entrepreneur. Additionally, about nine in 10 human resources officials don’t think annual reviews provide accurate information, management research firm CEB Global found.

To give more frequent, useful feedback, many companies are starting to use apps that the Entrepreneur article calls “like a fitness tracker, but for your job.”

An app called Reflektive lets employees give feedback to peers or subordinates in real time and offers “shout outs,” which are public expressions of praise on a social media-style newsfeed. Employees can also see their progress toward a goal, such as a sales quota, in graph form.

Another app, 15Five, has a “high five” function that includes photos and tagging. It mirrors social media in that co-workers can “like,” “heart” and comment on posts.

Some law firms are replacing annual reviews with real-time evaluation systems, according to the Big Law Business article. For example, Hogan Lovells started using Pathways, a continuous feedback system, this year after determining that the old process was time-consuming and “old and stale,” the firm’s chief human resources officer for the Americas said in the article.

Pathways helps associates stay on their preferred career path by asking whether they plan to be a partner, judge or in-house counsel. The system has three four-month terms each year, and an associate aims to get at least three pieces of “flash feedback” during each term.

Firm Allen & Overy uses a system called Compass that’s based on ongoing communication that focuses on future goals rather than past performance. It involves frequent one-on-one meetings with partners and managers, and “feedback can be solicited or unsolicited, upward, downward, or peer-to-peer, and it’s visible to employees and their partners or managers,” according to the article. What’s more, it works on a mobile app so lawyers can access information from anywhere.

Real-time, specific feedback can help correct problematic behaviors or reinforce positive ones, Amy Wrzesniewski, Ph.D., a professor of organizational behavior at Yale’s School of Management, told Entrepreneur, but there’s still much to be said for an in-person discussion. “I worry a bit about people leaving a meeting and typing into the app while they’re walking down the hall with a colleague that they’re typing into the app about,” Wrzesniewski said. “In the long term, I think that’s likely to be detrimental to the ability to build a team, to build trust.”