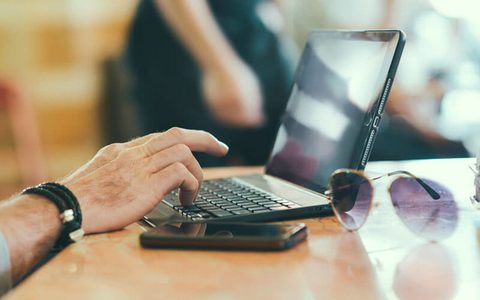 New York City has become the first municipality in the nation to protect the rights and payments of freelancers.

The "Freelance Isn’t Free Act” only went into effect in New York City this May, but come July 24 there will be additional rules, according to a notice from the New York City Department of Consumer Affairs. The change to the law, officially called Local Law 140 of 2016 (PDF), was reported on by The Society of Human Resource Management (SHRM).

"Freelance workers play a critical role in the economic strength and vitality of this city," said Big Apple Mayor Bill de Blasio in a statement at the law's signing last year. "With these new protections, freelance workers will have more confidence that they will be paid in a timely manner for their work, and if they are not paid, they will have a path to pursue full reimbursement for their labor. This is just one of many steps we are taking to ensure that workers' rights are enforced and respected in this city."

The act established protections for freelance workers in the city who perform services valued at $800 or more, according to SHRM.

Under the law, businesses must execute a written contract, make full and timely payments and not retaliate against contractors asking employers to comply with the act. The law says that the freelancer agreement can't include waivers of: rights under the act, class- or collective-action or procedural rights. The agreements also cannot include confidentiality provisions that would bar a freelancer from complaining to officials.

The law applies to contractors regardless of immigration status, and employers found in violation could face penalties.

SHRM advises that employers re-examine their freelance/full-time employee mix. Where contract relationships are appropriate, businesses need to come up with a master agreement that contains the required terms under the act and doesn't have any ancillary terms that aren't allowed, Cindy Schmitt Minniti, an attorney with Reed Smith in New York City told SHRM. Agreements should then be tailored to the individual and the specific assignment.

Companies using freelancers should also be familiar FAQs about the act.

Department of Consumer Affairs Commissioner Lorelei Salas said that the Office of Labor Policy and Standards will be developing tools and providing resources to both freelancers and hiring parties to help them better understand the law.

"This law also provides us with an opportunity to examine the trends in New York City's gig economy and to promote policies that will benefit our evolving workforce," added Salas in a statement.