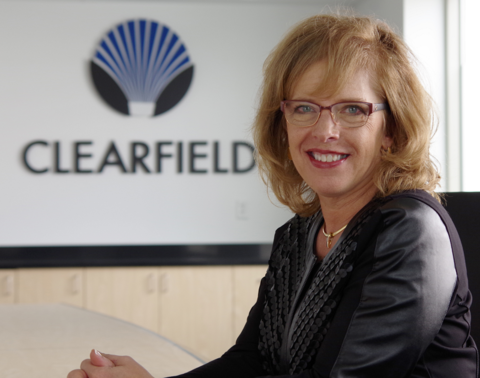 Women held only 10% of the top jobs at U.S. companies in 2016-17. Cheri Beranek, CEO of telecom company Clearfield, was one of them. (Clearfield)

Last year may have been the so-called year of the woman, but men still dominate the executive suites at organizations in the academic, business, government and nonprofit sectors, according to a new report.

Women held only about 10% of the top executive positions at U.S. companies in 2016-17, the Pew Research Center reported April 30. It defines executives as CEOs, chief financial officers and the next three highest paid employees. The study looked at federal securities filings by all companies in the Standard & Poor’s Composite 1500 stock index. Only 5.1% of CEOs at S&P 1500 companies were women.

Women don’t fare much better in lower executive jobs, such as CFO and chief operating officer. Only 11.5%—or 651—of the 5,700 executives in this category were women. In general, this group represents a “significant pool of potential future CEO candidates,” the report said, but women tended to hold jobs in finance or legal, which are less likely to move to the CEO spot.

In looking at non-CEO executives in 11 major sectors, the report found that the one with the most women is utilities, with 17.3%, while healthcare came in fourth at 12.6% and telecommunications came in last at 6%.

At the industry level, more than half of the 77 female CEOs worked in 10 industries, with eight leading specialty retailers, the study found. Nearly half of the 67 industries represented in the index had no female CEOs.

Meanwhile, a couple of women CEOs have been making headlines of late. On May 18, Campbell Soup CEO Denise Morrison announced her departure, effective immediately, after seven years in the position. She joins several female CEOs who have stepped down in the past year, according to a CNN article: Meg Whitman of Hewlett Packard Enterprise, Irene Rosenfeld of Modelez and Sheri McCoy of Avon. Now, out of the Fortune 500 companies, only 23 have women CEOs.

The day before Morrison left, Suzanne Scott became the first woman to be appointed CEO of a major cable news network when Fox News and Fox Business gave her the job. This is especially notable amid the #metoo movement, according to a Fast Company article. The movement, which seeks to end sexual harassment and assault, has hit Fox hard. Its founding chairman, the late Roger Ailes, was ousted amid a sexual harassment scandal two years ago, and Scott has been named in lawsuits for enabling and concealing his behavior.