Most employees will seek new positions this year, surveys say 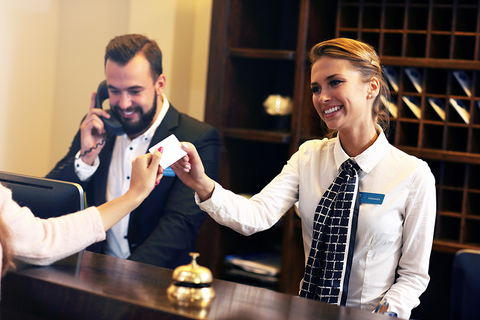 And then there were none. Most workers want out of their current job, surveys indicate. (Getty Images)

Lest there be any doubt, not one but at least two surveys say employees are, or will be, looking for new jobs this year.

Many reasons are cited, but underlying them is likely the fact that many workers can relatively easily find a job and the country has a restless younger generation. The unemployment rate is at an extremely low level, meaning it’s a lot easier to find work and the perks stand to be especially generous when onboarding.

Three-quarters of North American employees say they’ll be looking for a new job in 2018, according to a survey by employee engagement platform Achievers.

In this survey, the majority (85%) cited as their main reason lack of recognition, as they feel underappreciated and not acknowledged. This lack of engagement starts at the top, Natalie Baumgartner, Ph.D., chief workforce scientist at Achievers, said in a statement.

Sticking around not crucial

“Most CEOs lump engagement—the extent to which employees are involved and enthusiastic—in the nice to have or icing on the cake buckets,” Baumgartner said. “It has not been a key priority.”

Young professionals in North America are particularly eager to make a move, with 85% between the ages of 25-34 searching for new jobs in 2018, the report said. At the same time, 74% of North American employees say a positive corporate culture impacts their decision to stay with a company.

The top three reasons for looking for a new role are that respondents were laid off or feel they will be (30%), they say they are underemployed (24%) or they feel underpaid (19%). All survey takers, except those who are over 72 years old, selected being “underpaid” as one of the top three reasons to look for a new job.

Benefits being sought at a new position include:

Additionally, 30% of survey takers would pursue a new field/industry if they were to change jobs. And the top industries job seekers are pursuing for new roles are healthcare (22%) and technology (17%).

There are currently more open positions than there are candidates to fill them, Nick Cromydas, CEO of Hunt Club, said in an email. “These tight labor market conditions have created conditions that favor the candidate. They no longer have to jump at the first opportunity they find. They can weigh their options to select the position that is best for them, personally, professionally, and, most importantly, financially.”

Recruiters and HR managers should increase their focus on ‘passive’ candidates, Cromydas said. “With unemployment so low, the best candidates for an opening are less likely to be actively searching for a new position. They’re much more likely to be already happily employed but open to hearing about new opportunities.”

To reach these passive candidates, recruiters can’t just offer a title bump, Cromydas said. “Rather, they need to demonstrate why a new position is tailored to the candidate, and how it fits within a longer-term career plan.”

The way to attract these candidates is to be more of a career coach and less of a recruiter, Cromydas said. “While many candidates have goals, most don’t have a 5-year plan. As a result, recruiters need to become more like career coaches to earn a candidate's trust. Whether it’s making a lateral move to an early-stage company, taking a pay cut for more responsibility, or looking for a role in the ‘digital shift,’ many career decisions require consultation with an expert.”