Minneapolis will phase in $15 minimum wage by 2024 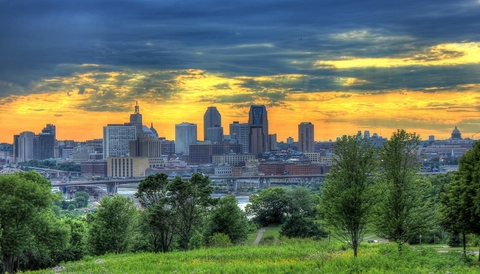 Some small businesses in Minneapolis are concerned about the city's minimum wage increase.

On July 1, Minneapolis became one of the first cities nationwide to adopt a $15 hourly minimum wage, the Star-Tribune reported.

The wage—which will be $5 higher than many workers are receiving now—will be phased in more slowly for employees of small businesses than for workers at large enterprises. Under the new ordinance, small businesses will ratchet up the minimum wage from $10.25 in 2018 to $15 in 2024; while big companies will be required to meet the $15 target by 2022.

In the workup leading to the bill, the City Council’s findings indicated that the minimum wage ordinance would raise wages of at least 23 percent of the city’s workers, according to the daily legal new site JD Supra.

“This is a huge victory for workers in Minneapolis,” Council Member Lisa Bender said before the historic vote, which, the Star-Tribune stated, prompted labor activists who packed the council chambers to cheer and raise bright red signs that read, “15 WON.”

However, some major players remained worried. “I hate to say it—because I love Minneapolis and I mean it when I say we all want to see a Minnesota that thrives for everyone—but I fear that businesses will reduce shifts, reduce employment, and move to automation,” said Cam Winton, director of Labor Management Policy at the Minnesota Chamber of Commerce. “We’ve seen that occur in other cities, and I fully expect the same to happen right here.”

In addition, restaurant owners are concerned, especially because tips will not be counted as wages – and they say that omission will hurt their businesses.

But their wait staffs disagree. Restaurant workers argue that tips are inconsistent and, therefore, their pay should be guaranteed. Rose Von Muchow of the Purple Onion cafe in Dinkytown told the Star-Tribune that, on average, she probably makes about $15 per hour, but some days are slower than others, and she thinks it’s important to assure all workers $15 an hour before tips.

She’s sympathetic to small business concerns about a higher minimum wage, but only to a point, and she thinks Minneapolis should set an example for the rest of the Midwest.

“Ideologically, I sympathize more with the workers,” Von Muchow said. “Do you value your workers’ livelihoods? Do you care about your communities? I would say as an employer you have a responsibility to pay your workers a livable wage.”

Those frustrations also have been voiced in other regions where the $15 wage is slowly being adopted, included two West Coast cities and two on the East Coast.

By requiring all employers in the city to pay $15 an hour by July 2024, Minneapolis joins a small group of cities across the country, including Seattle, San Francisco and Washington, D.C., which have raised the minimum wage to that level. But no one knows yet what effect the $15 per hour wage will have on businesses or workers, since none of the other cities’ ordinances has been fully implemented.

Seattle was one of the first U.S. cities to hike the minimum wage in June 2014, when the City Council voted to raise hourly pay to $15 by 2017 for employers with more than 500 workers that do not provide health insurance; and by 2018, for large employers who do offer health coverage. The minimum wage in the city will be phased in by 2021 for smaller employers.

New York City proposed to raise the minimum wage to $15 for fast-food workers only when Albany balked at a citywide increase. Other municipalities that have enacted or proposed legislation to hike the wage to $15 according to the National Employment Law Project are Los Angeles, San Francisco and Washington, DC.

And in the U.S. Congress on April 26, Senators Bernie Sanders (I-VT) and Patty Murray (D-WA) and Representatives Keith Ellison (D-5th District, MN) and Bobby Scott (D-3rd District, VA) announced they planned to introduce the Raise the Wage Act of 2017 (S.1242), which would gradually raise pay from $7.25 to $15 an hour for 41 million people across the country by 2024; as well as index the minimum wage to increases in the typical worker’s wages starting in 2025. The bill would also close loopholes that allow employers to unfairly pay some employees less than the minimum wage.

Meanwhile, back in Minnesota, voters already are looking for an extension of the ordinance into other municipalities. After the City Council vote, one man yelled, “St. Paul’s next!”

City leaders in St. Paul have not yet publicly discussed an increase to the minimum wage, but all of the candidates running for mayor have said they would support an increase.