Millennials may be mellowing and showing more job satisfaction 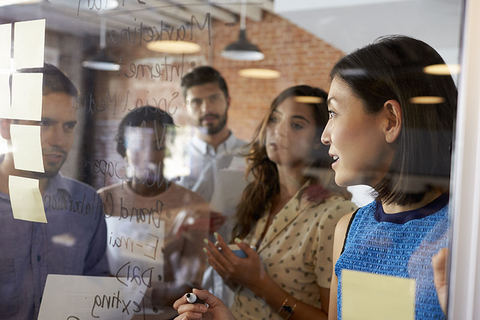 Running counter to beliefs that millennials don’t really care about their employers, a new survey finds that the group has more loyalty than others in their company.

Some 73% of millennials would recommend their organizations to others as good places to work, compared to 70% of the overall workforce, according to a survey of 6.8 million workers at 350 companies.

The study, by the Hay Group division of Korn Ferry, noted that by 2025, millennials will make up 75% of the workforce, and as such they are a true force.

Millennials are an important presence in the workplace, said Steve Immelt, CEO of law firm Hogan Lovells. “The best and most effective way to engage these employees is to make them feel they have a stake in the company's goals. This enhances company loyalty and strengthens ties between bosses and their teams.”

For example, “It’s important to get millennials excited by talking about what the firm is doing, and to get them focused on what you as the CEO are trying to create, what you want to do and how what they're doing is relevant,” Lovells said.

“They are very engaged in the workplace,” said Rebecca Cenni, CEO of Atrium Staffing. “But they want to do work that inspires them.”

But not everyone is seeing this high level of loyalty and embracing of the workplace. “I’m not,” said Jimmy St. Louis, CEO of Regenerative Medicine Solutions. “There is still a lot of job hopping.”

St. Louis said in many of the resumes he sees the candidate has had four or five jobs in the last year and a half.

Millennials want their employers to give more than lip service about being socially conscious and ethical; they want proof that the company puts a strong emphasis on doing the right thing, the survey said. However, they are pragmatic and want to work for companies that are leaders in their field.

While millennials showed greater favorability in many areas, the analysis showed people of this generation are anxious to test their capabilities and be rewarded for their efforts. They are somewhat less likely to indicate that their current jobs make good use of their skills and abilities (71% favorable, compared to 74% of the overall workforce) and that they are paid fairly for the work they do: 47% favorable, compared to 50% of the overall workforce.

With today’s low unemployment rates, it’s important to offer challenges and stretch assignments to all employees to ensure they are prepared to contribute to the company’s future success, the survey said.