In military generals, companies see the discipline they need 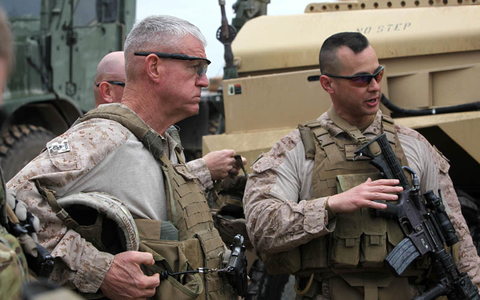 More than three-quarters of Americans trust the military to act in the public’s interest, but business leaders don't rank as favorably in a recent poll. (DoD)

And now, taking a cue from the administration, companies across America have turned to generals to apply the lessons of the battlefield to business. Indeed, while more than three-quarters of Americans trust the military to act in the public’s interest, according to a 2016 Pew Research Center survey, only 41% feel the same way about business leaders.

For example, two high-tech companies—Raleigh, North Carolina-based software maker Red Hat and Mountain View, California-based computer security firm Symantec—have turned to military brass for help on many fronts—from corporate governance to grappling with cyberwarfare, according to a report by The Wall Street Journal.

Specifically, what valuable counsel and intelligence do these combat leaders bring to the corporate world? In the fog of war, and in peacetime, generals are trained to anticipate unknown risks, build high-functioning teams and make quick, strategic decisions in high-pressure situations, the business news outlet points out.

“They are the same traits necessary in the fog of business,” says Henry Stoever, a captain in the Marine Corps who is now chief marketing officer of the National Association of Corporate Directors.

The group created a three-day course to prepare retired generals and admirals for corporate board duty. About 500 leaders have participated and about half now sit on private and public boards, including those of Van Buren, Arkansas-based USA Truck and aerospace supplier Wesco Aircraft of Valencia, California.

And at the not-for-profit Florida Hospital, a retired general is working on several fronts, The Wall Street Journal said. As commander of the U.S. Army Europe, Lt. Gen. Mark Hertling was tasked with bringing together brigades and regiments as one, cohesive force. He was hired by the hospital system in 2013 in order to develop idea-exchanges and other partnerships abroad, as well as create a leadership course for doctors.

Finally, the military personnel find that they have some lessons to learn, as well. After retiring from the Army seven years ago, Lt. Gen. Stephen Speakes retired from the Army seven years ago, then spent three years developing enterprise strategy at financial-services firm USAA before he was let go. In hindsight, he says he failed to appreciate the importance of building consensus around decisions and didn’t recognize when colleagues weren’t on board.

“In my old days,” he told the Journal, “I was a decision-making machine. It was a quick look around the room and if no one had objections, it was go,” he says. “In the corporate world, once you make a decision, you have to continue to sell its execution.”