Marsha Firestone, CEO of Women Presidents’ Organization, is out to make successful women even more accomplished 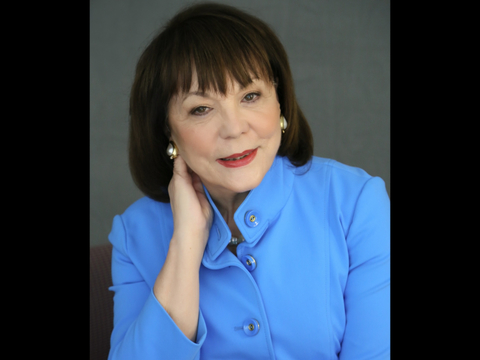 Marsha Firestone heads an organization that aims its all at women. (WPO)

The mission of the WPO, whose membership is confined to women, is to accelerate business growth, enhance competitiveness and promote economic security through confidential and collaborative peer-learning groups.

“It’s all about collaboration,” Firestone told FierceCEO, and it’s not your usual networking group.

Members must have at least $1 million in annual revenue. Right now, WPO has about 2,000 members.

For the price of entry they get, among other things, an annual conference whose topics include operating in a rapidly changing world and insights on the impact of future technology. There is also a monthly meeting that runs 3 or 4 hours and addresses “operational and strategic issues that help them run their business,” Firestone said.

Topics that come up frequently are HR-related, like hiring, training and retaining the right employees. Other issues that come up often are the amount of red tape involved in running a business and access to credit.

Another issue is women not feeling they were getting the proper respect as CEO, or high-level executive, at their former jobs. “Sixty percent of our members come from corporate backgrounds and some chose the path to be an entrepreneur because they experienced difficulties in the corporation,” Firestone said.

She also said CEOs “have a responsibility to give back and also serve as role models, so they should conduct themselves in an appropriate manner.”

The most important quality a CEO can have is “integrity,” with innovation, confidence and being comfortable with themselves not too far behind, Firestone said.

Firestone started WPO after a disagreement with her boss. She was working for a not-for-profit women’s organization and up for the presidency after only five years. “I told the board I would like to create something like the WPO and was told no,” Firestone said. “So, I left.”

Money was an issue, but a friend stepped in. While on a plane together, talking about WPO, her friend took out a check and filled it out for $10,000.

Firestone used the money to start the first WPO in New York City. And that was the last financing Firestone needed. It is self-funded because membership fees make up 75% of revenue and the balance is through sponsorships.

Firestone had many jobs in her career, especially in the education field, and feels each one made her stronger. “Each one taught me a skill that has been valuable in running WPO,” she said.

When did you have to adapt and what did you learn from it?

When I first started the organization, I had to decrease my expectations and I learned to back off and not be so demanding.

My EVP meets with the candidates and then discusses with me whether we want to proceed. If we do want to pursue them, we bring them back and I meet with them.

What’s one tip to motivate employees?

Have them involved in the decision-making and creativity.

Dealing with staff, I learned to be less harsh and more empathetic.