Many CEOs breaking ranks and leaving their companies: report 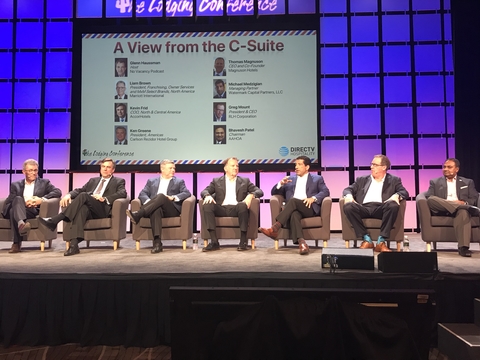 CEOs left their posts at a rapid pace in February. (Hotel Management)

Early indications for this year show CEOs are leaving their companies at a rapid clip.

The number of CEOs leaving their positions at U.S.-based companies reached 113 in February, 56.9% higher than February 2017, when 72 CEO exits were announced, according to executive coaching firm Challenger, Gray & Christmas.

February’s total was down 14% from 132 CEO exits in January.

Thirty-five CEOs retired from their posts in February, while another 28 transferred to another role in the company, such as a board member or other C-suite-level executive. In other situations, the CEO resigned, got a new position with another company, or they were removed during an acquisition/merger. Two exits were due to a scandal involving some form of sexual harassment.

There are things CEOs can do to help ensure a longer tenure, according to a study by Booz & Company.

Executives can focus less on extraordinary gains in shareholder value during their first two years in office and more on organizational and strategic reforms that aim at strong and steady growth.

The departures will likely be followed by stock volatility. “When a CEO dies or suddenly resigns, then one thing that is certain is that major volatility is heading for that company at the strategic level,” said Ben Bradfield on Quora.

“That ultimately affects growth prospects, profit margins, dividends and ultimately opportunity for capital appreciation,” Bradfield said. “Most of the money that supports share prices has a distaste for this kind of volatility.”

“In the long run, the company may replace the CEO and actually turn out better, but a lot of major investors with long positions, such as pensions funds and mutual funds, would rather not take that risk and so instead decide to book profits by exiting their positions,” Bradfield said.