LGBT workers harassed as they try to do their jobs 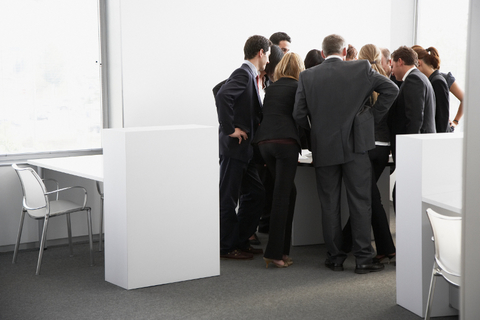 Stepping into work is like stepping into a typhoon for some LGBT employees. (Tom Merton/OJO Images/Getty Plus Images)

For all the strides made by the LGBT community, it is still very vulnerable in the workplace, with a survey finding two in five LGBT workers (40%) feeling bullied at work and 56% of those affected saying they have been bullied repeatedly.

The nationwide survey was conducted by Harris Poll on behalf of CareerBuilder among 3,420 full-time workers—LGBT and non—across various industries and company sizes.

In the most common examples, LGBT workers who were bullied at work were

Some companies are fighting back against bullying. Boehringer Ingelheim Pharmaceuticals is among what is believed to be the several hundred companies with US operations that have formal diversity programs that address all sorts of harassment. Nancy Di Dia, a diversity and inclusion officer at the 47,000-employee company, including 9,000 in the US, said the study’s findings about bullying “are not surprising. I do this work for a living,” referring to seeing it occur.

At Boehringer, an allegation is investigated and if found to be true, the offending employee is dismissed. “We don’t tolerate harassment, [inappropriate] joking or intolerance,” Di Dia said.

Nicole Blythe, national managing partner of People Experience at Grant Thornton, said the consulting firm is also taking steps. Grant Thornton has a SafeSpace program that LGBT employees can go to and receive feedback from peers if they feel, among other things, they have been insulted or bullied. From there it can go to HR if warranted.

“People say things they think are okay, but are very wrong,” said Steven Gaines, an LGBT activist. “The only way to make headway against this is to report it, and keep doing so.”