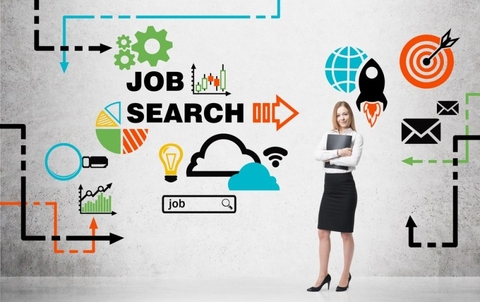 Both hiring managers and candidates must stay vigilant in the current job marketplace. (Shutterstock)

Goldman Sachs—a New York City-based global investment banking, securities and investment management firm—plans to begin using a "personality test" as part of the hiring process for positions in its banking, trading and finance and risk divisions, a senior Goldman executive told Reuters on Aug. 15. The bank will conduct a pilot test of the program with the cooperation of U.S. summer intern candidates who would be starting in 2018, Global Head of Recruiting Matt Jahansouz said in an interview with the business news outlet. He said future job candidates would be given the test before their second round of interviews at the bank. Their answers will be compared with those of current Goldman employees, who already have been identified as professionals who exhibit traits that mark high performance such as teamwork, analytical thinking and judgment. It was not immediately clear how the test would be administered or the types of questions that would be asked. "We're shifting from a world where you just used to look at a GPA and résumé and walk out with a feeling about an individual that you might want to hire," Jahansouz said. "We can now capture characteristics and data that might not be as obvious to make smarter hiring decisions." The bank began reviewing its hiring process in the summer of 2015. (Reuters)

Employment scams pose a growing threat to millennial job hunters, as applications and interviews become more digital, The Wall Street Journal reported on Aug. 15. Hackers are attempting to hook tens of thousands of young candidates each year, according to U.S. Federal Trade Commission data—aiming to trick them into handing over personal or sensitive information, or to gain access to their corporate networks. Employment fraud is nothing new, but as more companies shift to entirely digital job application processes, Better Business Bureau Director of Communications Katherine Hutt told the business news outlet that scams targeting job seekers pose a growing threat. Job candidates are now routinely invited to fill out applications, complete skill evaluations and interview—all on their smartphones, as employers seek to cast a wider net for applicants and improve the matchmaking process for entry-level hires. Of the nearly 3,800 complaints the nonprofit has received from U.S. consumers in the past 2 years, people under 34 years old were the most susceptible to such scams, which frequently offer jobs requiring little to no prior experience, Hutt said. (The Wall Street Journal)