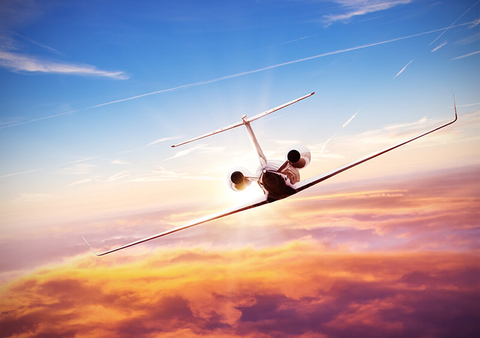 Whoever ends up as CEO of J.C. Penney may find themselves flying coach.

The fading retailer is selling its three corporate jets on the heels of former CEO Marvin Ellison departing for Lowe's. While J.C. Penney tries to find a new leader, the company last week disclosed it is putting its planes on the block and expects to receive about $20 million in cash from the sale.

The retailer "is pursuing the sale of its corporate aircraft as part of an ongoing company effort to manage expenses across all aspects of the business," Thomas said. "The potential sales are an opportunity to further streamline operations by eliminating aviation-related ownership and maintenance costs."

However, before J.C. Penney is free and clear of the aircraft, it is taking an impairment charge of about $50 million in the second quarter, representing an expected loss from the divestiture.

The company expects the sale of the corporate aircraft to reduce annual operating expenses by between $5 million and $10 million, J.C. Penney said in a filing with securities regulators. The savings will come through reductions in depreciation, selling and general and administrative expenses.

A perk/necessity of the job

Like many big companies, J.C. Penney has corporate jets that its CEO and other senior executives use to travel for business and personal reasons. Some companies cap the cost of personal use, while for others it is unlimited. J.C. Penney reportedly put a cap on the use in the last couple of years.

But the retailer is pulling back as its sales have gone down. Once a titan in its industry, J.C. Penney and other so-called bricks and mortar retailers are struggling mightily.

Ellison left the department store on June 1 after being CEO for three years. His new spot at home improvement chain Lowe’s is a return to Ellison's roots. He had come to J.C. Penney from Home Depot and is well regarded in the retail industry.

The company has formed a search committee to look for a successor to Ellison. Thomas declined to discuss how the search is going.

Right now, through a board election, lead independent director Ronald Tysoe is serving as chairman, a spot Ellison also held. The board also created an Office of the CEO, which is made up of CFO Jeff Davis, Chief Customer Officer Joe McFarland, CIO and Chief Digital Officer Therace Risch and EVP of Supply Chain Mike Robbins.

The four executives will share equal responsibility for the company's day-to-day operations until a new CEO is appointed, the company said in a statement.