Immigrant CEOs beat the curve when it comes to handling turmoil: study 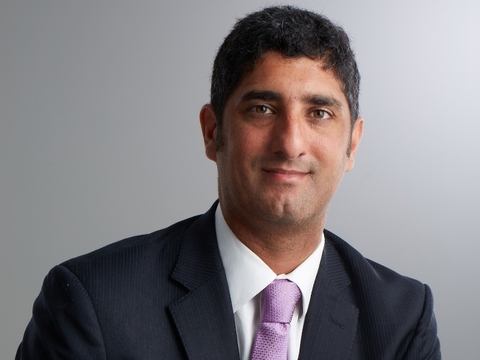 Nima Farzan, CEO of PaxVax, was born in Iran and his family fled to the U.S. when he was 3.

He believes the intervening years of struggle and how his family stuck together were strong influencers for his becoming a CEO.

“I absolutely believe that children of immigrants could have strong leadership skills, especially in turbulent times,” Farzan said.

“Being an immigrant gives you a certain kind of self-confidence and drive to say, ‘Things aren’t working here, let’s go somewhere else,’” Farzan said.

“It has helped me lead PaxVax through turmoil,” Farzan said. “Even in regular times, it’s relevant day-to-day.”

Farzan personifies the kind of CEO the Harvard Business Review (HBR) described in its study, "A CEO’s Decision-Making Is Shaped by Whether Their Parents Were Immigrants." The publication specifically focused on whether the cultural values that CEOs inherit from their parents and grandparents affect their decision-making and their firms’ performance.

To determine the effect of heritage, HBR had to make sure that cultural background was what drove executives’ decisions and firm performance—rather than other skills and characteristics that may have gotten them appointed to lead in the first place.

So, it relied on a setting where firms faced an unexpected competitive shock, one that directors could not have anticipated and selected specific CEOs to manage it, and one that forced CEOs to make complex, non-routine, and unstructured decisions—decisions where CEOs’ characteristics are likely to affect how they respond.

The data showed that companies led by CEOs who are the children and grandchildren of immigrants were, on average, associated with superior performance—measured by Return on Assets—following higher industry competition. This superior firm performance was strongest for second-generation CEOs, and the effect weakened with each later generation.

More broadly, HBR’s findings showed that cultural heritage matters and that it’s beneficial for companies to be diverse and to recruit talents from various backgrounds. “At a time when the economic benefits of immigration are increasingly questioned, our study offers a glimpse of the positive and lasting contribution that people of immigrant heritage make in the business world,” HBR said.

“It may be subtle or overt, conscious or unconscious, but it is always present and it is highly relevant,” Bywater said.  “I advise leaders to take a pause from the business of running a business to thoughtfully reflect on who they are and how they got here—this entails careful consideration of the personal and cultural factors that influence decision-making, style, leadership, and personal impact on others.”

The attention to personal history and culture influences is important, “as the unconsidered and unrecognized factors may have an unintended negative impact—or there may be significant potential upside to be tapped.”

These are just some of the factors related to culture and personal history, Bywater said. “All are relevant, and especially important when running a global company, especially when you’ve got employees of varied cultural backgrounds.”

Mazy Holiday, CEO of iStand, said, “Cultural upbringing absolutely plays a roll in decision-making throughout my company. With regard to nature vs. nurture, personality traits that present early most often associated with leadership are clearly nature. What parents bring to the table is the shaping of those natural traits with wisdom and leading by example."

Teachable moments are frequent, “and good parents take advantage those to instill a moral compass and build character,” Holiday said. “Just as the words of a parent affect the person your child ultimately becomes, so do the decisions I make affect every facet of the company I am building.”