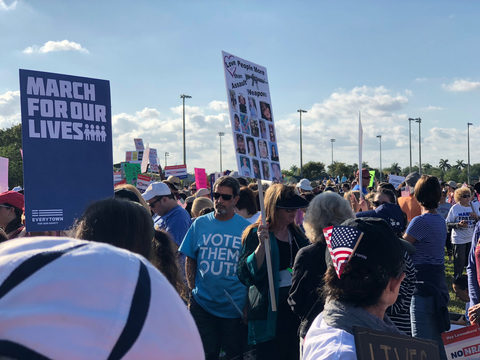 During the company’s annual meeting, an attendee asked why Munoz made that call at the risk of alienating many potential customers, according to a May 23 Bloomberg article. “Congratulations on your liberal virtue-signaling,” the person said.

“Sir, it wasn’t political,” Munoz responded, according to the article. “It was personal with regard to my family at United.” One of the victims was the teenage daughter of a United captain.

United was one of many companies to break with NRA after the shooting. Others include Enterprise Rent-A-Car, Symantec and Wyndham Hotels and Resorts.

This trend comes as a DirectTV study found that when people must choose between moral or unethical options in business, the split was about 50/50, according to a Forbes article. The study was part of an advertising campaign for the show “Billions,” a Showtime drama about a battle between a hedge fund billionaire and a U.S. attorney who take every opportunity to gain the upper hand.

“The pervasiveness of the conspiracies of silence that have come to light in the #MeToo movement and the sorry history of corporate coverups about the dangers of their products should make us humbler about the moral strength of us as individuals and members of groups working together,” the article states.

It offers six tips to make more moral decisions. The first is to be humble and realistic, eschewing the notion that “it can’t happen here.”

Second, it recommends looking at situations in their full context rather than ignoring facts or consequences to get to a desired end.

Third, set consultative processes that “give decision-makers a space to consider the ethics of a decision before it’s finalized,” the article said. “For a CEO this might mean having an outside personal adviser who is given the portfolio of raising questions of conscience.”

Additionally, avoid groupthink, which can quash opposing points in favor of conformity, understand that many factors can influence moral decision-making at any given time and “do not underestimate the impact of personal relationships, emotion and attachments to people and institutions in decision-making,” the article stated.