How to handle leadership transitions 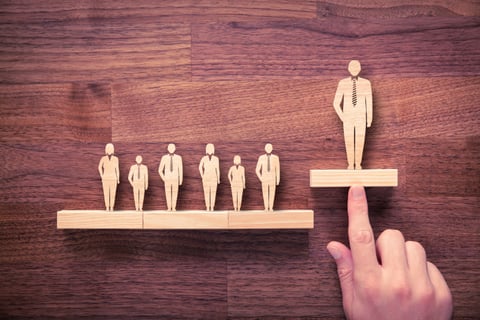 Change is hard, and leadership transitions are no different. A new report from McKinsey and Co. outlines the risks those transitions pose to companies—and how to address them.

Two years after executive transitions, 27% to 46% are considered failures or disappointments, according to studies the article cites.

“Leaders rank organizational politics as the main challenge: 68% of transitions founder on issues related to politics, culture and people, and 67% of leaders wish they had moved faster to change the culture,” the article said. “These matters aren’t problems only for leaders who come in from the outside: 79% of external and 69% of internal hires report that implementing culture change is difficult.”

What’s more, the rate of transitions is rising. CEO turnover hit 16.6% in 2015, compared with 11.6% in 2010, according to the article. Despite this trajectory, only 29% of U.S. leaders feel their organizations appropriately support new leaders, and as many as 74% think they’re unprepared for their new roles.

Tailored executive coaching and customized assimilation plans can double the likelihood of success, but only 32% of organizations use them.

To improve their odds of succeeding, new leaders should assess their situation in five key areas, the article said: business function, culture, team, themselves and other stakeholders. The findings will be different for everyone because “every leader’s starting point is different,” the article said. “For some, the starting role is to maintain and improve steadily what they inherited in each of these dimensions. For others, transformational change in all the dimensions is necessary.”

Additionally, new CEOs should say not only what they will do, but what they will not do. “As leaders in a transition take stock, they should ask what they can delay or terminate—for example, initiatives, meetings, process steps, reports, and rituals,” according to the article. “As leaders take action, they should not only be clear about what will stop and start but also adopt a philosophy from the world of good housekeeping: one thing in, one thing out.”

A third tip is to measure success by impact, not time. “Stakeholders typically expect a new CEO to propose a strategic vision within the first eight months, not the first 100 days … and give the CEO 14 months to get a new team in place and 19 months for an increase in share prices,” McKinsey said.