How to assemble a leadership team 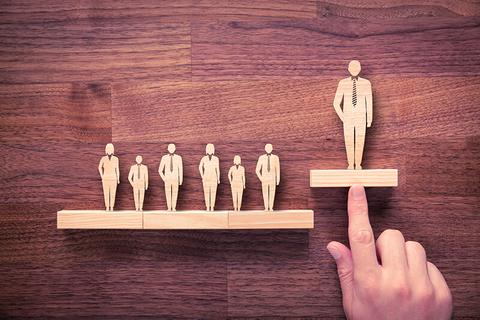 Marco Zappacosta, CEO of Thumbtack, a 10-year-old company that connects consumers with local service professionals, counts among his proudest achievements putting a full leadership team in place at his business.

“For the first time in our history, we’ve filled all the seats,” Zappacosta told Fast Company. “It took a bit, but I’ve learned to leave reinvention to our product, not its guardians. I’ve realized how immensely valuable it is to have an experienced executive team.”

His team now includes a former senior engineering director at Google, ex-director of product management at YouTube and a past principal at Bain—“high-quality executives” that can be tough to lure from big-name companies, the article said.

“Hiring execs is extremely high beta. When it goes well, it can be an enormous force multiplier, accelerating your company in ways that you won’t appreciate right away,” Zappacosta said. “The flip is that a high-upside hire is also a high-stakes hire. It can take four quarters before you can really know if it’s going to work out.”

In his quest to assemble the dream team, Zappacosta has learned two main lessons. The first is to limit job descriptions. Don’t list a dozen skills or every possible ability a candidate should have, he said. “That laundry list won’t exist in a human,” he said. “You hire for lack of weakness rather than for an explicit strength.

Thumbtack’s hiring process zeroes in on the three most essential skills to the role to keep expectations on the company’s and applicants’ side realistic. For example, state that an executive will be expected to grow a team by a factor of 10, which means the skills candidates should have include team building, recruiting and mentorship, Zappacosta said.

The second lesson he’s learned is to interview separately for skills and fit. The initial conversation will be similar to an informational interview in which candidates and Zappacosta learn more about each other. The second one is more substantive, he said, and it’s during that exchange that he looks for an alignment of values, ambition and work ethic.

He recommends asking these questions:

Amassing a competent leadership team can alleviate many worries, including a CEO’s exit plan. Warren Buffett, CEO of Berkshire Hathaway, said at a recent annual meeting that four executives “had increasingly taken over the day-to-day running of the company, setting each of them up to succeed Buffett when the time comes,” according to a Fortune article.

“By starting the management transition while he is still in charge, Mr. Buffett hopes to instill shareholder confidence in the next generation of Berkshire leaders,” said Thomas Russo, partner at Gardner Russo & Gardner, a longtime holder of Berkshire shares, in a Wall Street Journal blog post.