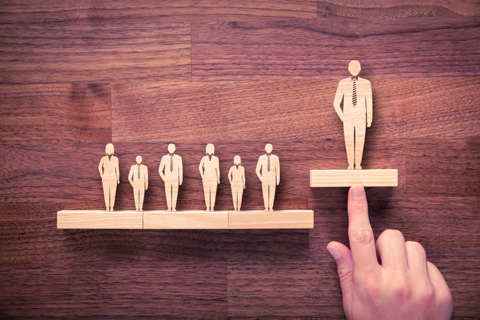 A bad hire is expensive and time-consuming, but for many companies, unavoidable.

“A bad hire is one of the most costly mistakes you can make in your business,” business consultant Rick Snyder told FierceCEO. “If you make one bad decision, think of all the bad decisions they will make down the road.”

One of the ways to avoid this pitfall “is to be clear about your company values and culture, and assess for fit beyond the resume,” Snyder said. “The other key factor is learning to trust your intuition in the hiring process and paying attention to such things as nonverbal communication and what the candidate is really communicating to you about themselves.”

Companies lost an average of $14,900 on every bad hire in the last year, and it's a common mistake: nearly three in four employers (74%) say they've hired the wrong person for a position, a CareerBuilder survey said.

Bad hires affect business through less productivity (37%), lost time to recruit and train another worker (32%) and compromised quality of work (31%).

What makes a bad hire

Employers categorize someone as bad hire when the worker didn't produce the proper quality of work (54%), had a negative attitude (53%), didn't work well with other workers (50%), had immediate attendance problems (46%), or their skills did not match what they claimed to be able to do when hired (45%).

Workers who said they had taken a job only to realize it's a bad fit said they noticed their mistake based on toxic work culture (46%), boss' management style (40%), job didn't match what was described in the job listing and interviews (37%), and a lack of clear expectations around the role (33%).

While the cost of hiring the wrong person can be high, the cost of letting a good worker go is even higher. According to employers, the average cost of losing a good hire was $29,600 this year. And while 75% of workers say they're loyal to their current employer, much fewer (54%) say they feel their company is loyal to them, and nearly a third (31%) say they are likely to change jobs in the next year.