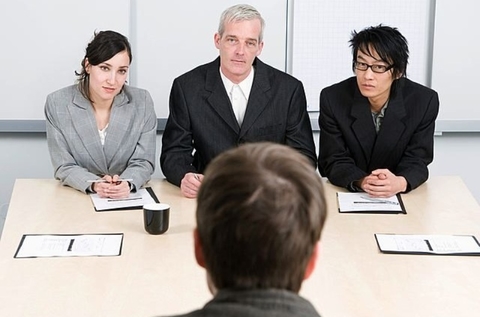 With the enforcement of an in-person interview requirement to obtain a green card, U.S. employers face a new hiccup in the overseas hiring process. (USCIS)

Certain immigration applicants—including those who have L-1 and H-1B visas—must now go through an in-person interview in order to gain employment-based permanent residence, also known as a green card. This will make the process harder and longer.

What's more, any green card applicants with family members who are refugees or in receipt of asylum status also will need to attend an interview.

The action comes as part of President Donald Trump's move toward “extreme vetting” of immigrants, the U.S. Citizenship and Immigration Services (USCIS) announced on Aug. 28.

Specifically, the agency is complying with Executive Order 13780, “Protecting the Nation From Foreign Terrorist Entry Into the United States,” intended to further improve the detection and prevention of fraud, as well as to enhance the integrity of the immigration system. The order, issued on June 29 by the president, has already come under judicial review for its suspension of entry to America to applicants from Sudan, Syria, Iran, Libya, Somalia and Yemen.

In the 2015 financial year, approximately 122,000 immigrants moved from an employment-based visa, such as an L-1 or H-1B, to a green card, according to the Department of Homeland Security.

What are these nonimmigrant visas? The L-1 visa allows overseas companies to transfer executives and managers, including business owners, for up to seven years—and specialized-knowledge employees for up to five years—to a new or existing U.S. office, according to a report by workpermit.com. To qualify for an L-1 visa the employee must have worked for a subsidiary, parent, affiliate or branch office of the U.S. company outside of the United States for at least one year out of the last three years.

The H-1B enables U.S. companies to employ graduate-level workers in specialty occupations that require theoretical or technical expertise in fields such as IT, finance, engineering, and medicine.

The order will take effect on Oct. 1, the agency advised on Aug. 25.

“It is already difficult in most cases to gain initial entry on an H-1B specialty visa,” commented workpermit.com CEO Sanwar Ali, based in London. “The H-1B visa is available in April each year to start in October in the same year. In recent years it is heavily oversubscribed, with a lottery for the available visas. Making it even more difficult to obtain an employment-based immigrant visa will be an additional burden for employers and overseas workers in the USA, as many opt to use a B1 business visitor visa in lieu of an H-1B.”

The B1 visa grants multiple entries for up to a year for a short-term work need in the United States. Usually, the work is done based on a contract between the U.S. company and overseas business.

Another workaround would be to apply for a US E-2 Treaty Investor nonimmigrant Visa, and then applying for a green card while in the United States—perhaps under an EB-5 immigrant investor green card.

According to the USCIS, which administers the EB-5 program, entrepreneurs and their families are eligible to apply for a green card if they make the necessary investment in a U.S. commercial enterprise; and plan to create or preserve 10 permanent full-time jobs for qualified U.S. workers.

Only immigrants from certain countries can apply for E-2 nonimmigrant visa. But unlike the E-5 program, while it involves a certain amount of investment, it does not involve hiring of U.S. workers

So what's the catch? The EB-5 immigrant investor scheme is probably too expensive for most immigrants, workpermit.com said. For those who meet the nationality requirements the E-2 visa scheme requires a much smaller investment than the EB-5 scheme. Unfortunately, Indian and Chinese nationals are not eligible to immigrate under the E-2 visa scheme.

Other U.S. visa categories, such as the E-1 Treaty Trader and the E-2 Treaty Investor, eventually could be governed by the same rules. Speaking to Politico, USCIS spokesperson Carter Langston predicted a coming "incremental expansion" in the number of visa categories that will require an in-person green card interview.

Politico reported that the mandate for an in-person interview is not technically new. However, the USCIS currently waives the interview requirement “most of the time,” according to William Stock, a Philadelphia-based attorney and former president of the American Immigration Lawyers Association. Under the new policy, such waivers won't be granted.

Finally, according to USCIS, “conducting in-person interviews will provide USCIS officers with the opportunity to verify the information provided in an individual’s application, to discover new information that may be relevant to the adjudication process, and to determine the credibility of the individual seeking permanent residence in the United States. USCIS will meet the additional interview requirement through enhancements in training and technology as well as transitions in some aspects of case management.”