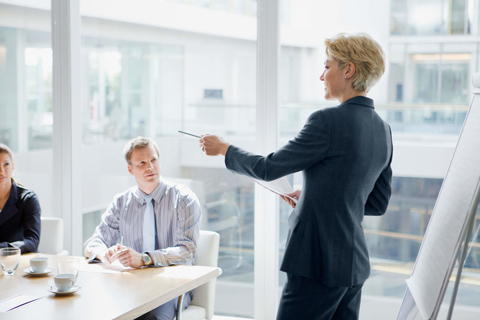 The fact that women earn less than men is not news at this point. In the United States, women earn about 79% of what men make for the same job. The reasons for the discrepancy are manifold, according to two studies.

One is that women are more sensitive than men to job aspects that don’t involve money, according to “Preference for the Workplace, Investment in Human Capital, and Gender,” published in the February Quarterly Journal of Economics.

“Individuals have a rich set of preferences for various aspects of jobs beyond expected earnings, including earnings and dismissal risk, and various nonpecuniary aspects such as work hours flexibility,” the study found.

It asked 257 New York University undergraduate students to choose a job from several hypothetical choices. Then researchers used the preference data to study two ways preferences could affect the wage gap: college major and job characteristics. On average, students are willing to give up 2.8% of annual earnings for a greater guarantee of job security, and 5.1% to have a job with part-time options. Divided by gender, however, the study shows that women were more willing to earn less in exchange for flexible hours, with an implied “willingness to pay” (WTP) for that perk by accepting a 7.3% lower salary, compared to 1.1% for men.

“Systematic gender differences in workplace preferences may affect the gender wage gap through two channels: first, it may cause men and women to choose different fields of study, and second, men and women may choose systematically different jobs within the same field,” the study found. “Our analysis reveals that the gender gap in expected earnings early in the career (age 30) would be reduced by at least a quarter if women did not differ from men in the workplace preferences we consider.”

Gender wage gaps persist worldwide. A study that examined the 15% pay gap in Denmark calls the difference a “child penalty” and found that it has increased inequality to 80% in 2013 from 40% in 1980.

“The arrival of children creates a gender gap in earnings of around 20% in the long run, driven in roughly equal proportions by labor force participation, hours of work, and wage rates,” according to the study. “As a possible explanation for the persistence of child penalties, we show that they are transmitted through generations, from parents to daughters (but not sons), consistent with an influence of childhood environment in the formation of women’s preferences over family and career.”

Two effects on the labor market could be at play, the study found. One is that women may invest less in education or opt for family-friendly career paths in anticipation of motherhood. The other is that after they have a baby, their work hours, occupation and job could change. Even when women invest in education and careers at levels than rival men, they “still end up paying the child penalty after motherhood.”