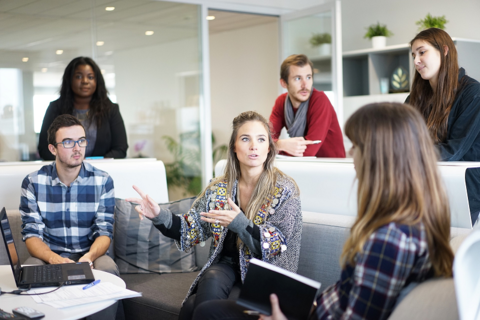 The way workers see their status as part of a team can affect the interactions between team leaders and members, according to the study, “From Empowerment to Multilevel Creativity: The Role of Employee Self-Perceived Status and Feedback-Seeking Climate,” published March 5 in the Journal of Leadership & Organizational Studies.

Using the relational fairness theory, which states that people are more willing to cooperate when they feel a social group values, respects and fairly treats them, the study concluded that leadership empowerment behavior, or LEB, raises employees’ self-perceived status, which leads to other benefits. For example, at the team level, LEB has a positive effect on creativity by encouraging members to seek feedback. LEB includes letting employees’ use their discretion, asking their opinions in decision-making and recognizing their work.

“It can help employees find meaning, develop competence, have self-determination, and feel the importance in their work, which can increase their perceived relational fairness,” the study found. “A good relationship with authorities may generate the feeling of being valued, being fairly treated, and having high status in the group, which in turn motivates employees to respond favorably.”

That self-perceived status is a key motivational driver for individual creativity, the report adds, and shows how important status can be in linking leadership behaviors to employees’ desirable outcomes. For instance, high conflict about status may hinder team building and decrease employees’ trust in and cooperation with one another.

“The mediating effect of the feedback-seeking climate helps us further understand the mechanism by which the work environment may be optimized by LEB so that team creativity could be better delivered,” the report states.

This study differs from other research into workers’ behavior because it looks at what it calls discretionary cooperation rather than mandatory cooperation. It paves the way for future examination of team leader and member exchanges through the lens of cultural differences and for research on perceived relational justice instead of fairness.

“In general, instead of just pushing for new ideas, making employees feel that they are fairly treated and are working in a feedback-welcoming environment would be a better strategy to spur creativity,” the report concludes. “In addition, in the empowering process, leaders should avoid potential conflicts around status that would undermine the feedback-seeking climate and cause a reduction in team creativity.”