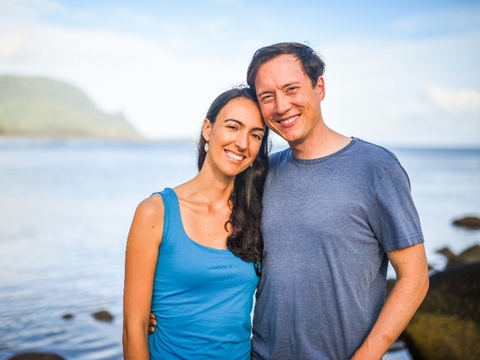 With more women taking the reins as CEOs, the debate is once again heating up as to whether they deliver different management styles than male CEOs.

For decades, some have argued that women can be too soft, while men, with their take-charge ways, fit the bill to become hard-driving executives.

But from a personality standpoint, men and women CEOs are equally capable of scoring high in areas like emotional stability, drive and vision, said Michael Sanger of Hogan Assessments, a personality assessment and leadership development firm.

The uncertainty lies in how these traits will be perceived by subordinates, Sanger said. In other words, it can become a case of perception being reality.

Take the case of Michelle and Tobias Glienke, co-CEOs of Munk Pack, a natural foods brand. The husband and wife duo say that, at least in their case, they have different leadership styles. But some of that is intentional, to play off one another’s strengths.

Michelle leads by example and is more hands on, working one-on-one with employees, while Tobias captures a more bird’s eye view of the company and delegates responsibilities. Michelle describes herself as “a CEO who tries to create an environment that allows others to thrive,” while Tobias takes “more of a high-level view and oversees long term plans and the bigger picture.” Michelle has “a tendency to want to do things myself” but over time has learned to assume a more supervisory role as the business grows. In turn, Tobias will “arm employees with the tools to tackle tasks head on.”

Michelle handles the operations side, and Tobias oversees sales and marketing. But the couple work on new product development together.

So, while there are differences, it’s hard to say what’s on purpose and what is subconscious.

Some say quality is just quality. “Great leadership is great leadership regardless of the gender,” said Leela Srinivasan, chief marketing officer at Lever, a recruiting software company. “The characteristics of an extraordinary leader hold true whether it is a man or a woman.”

Someone who is “empathetic and a good listener can make a good CEO,” Rowley said. “Someone who is autocratic and didactic doesn’t.”

But once in the corner office, CEOs have different ways of operating, some say.

Men operate more with a “control and compete mindset,” while women “create success by reshaping the workplace into dynamic and inclusive cultures that serve others,” Kuczmarski said.

But women do have more roadblocks to becoming CEO, she said. “We have to work more and harder than everyone else. I never worried about being female and honestly, none of the female CEOs I know ever realized how unique we were until we got there. We were just working hard up the ladder and never looked back.”

A study by Korn Ferry found: