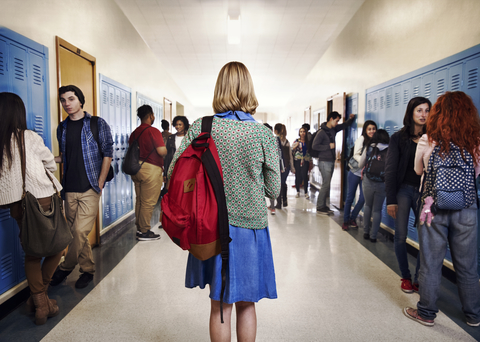 Teens are showing very limited interest in being entrepreneurs.

The next generation of CEOs may come up short.

Becoming a CEO often starts with heading a startup, or young company, and a new survey finds young people are generally not interested.

As a result, “there will be less” qualified CEOs, either as entrepreneurs or at larger companies after climbing the corporate ladder, said Jack Kosakowski, CEO of Junior Achievement USA.

The survey, from Ernst & Young and Junior Achievement, showed that fewer than one in three teens (30%) have an interest in starting a business.

This means “less coming across problems and learning to solve them, risk taking, experiencing the agony of defeat and coming back and confidence that comes from starting something from scratch,” Kosakowski said.

These are traits that good CEOs have in their arsenals.

For teens, the greatest concerns for starting a business include it being “too risky” (31%) and “not enough money in it” (22%). Only 16% of teens indicate they have no concerns about trying.

But not everyone agrees with the findings. “We’re seeing a lot of people wanting to be entrepreneurs,” said Joanne Sonenshine, CEO of Connective Impact, which works on social issues with entrepreneurs. “There is a growing interest in giving back and wanting to create change. They want a passionate career.”

The dream is very much alive with parents. Nearly nine in ten of them (88%) would be extremely or very likely to support their teen’s interest in becoming an entrepreneur as an adult. Some 53% of parents have no concerns about their teen starting a business as an adult. Those citing concerns focused on it being “too risky” (27%) and there being “not enough money in it” (9%).

“Since the Great Recession in 2008, the country has been experiencing a net decline in business startups,” Kosakowski said. “Today’s young people grew up in the shadow of the Financial Crisis, which may explain their risk-aversion when it comes to taking the entrepreneurial leap.”