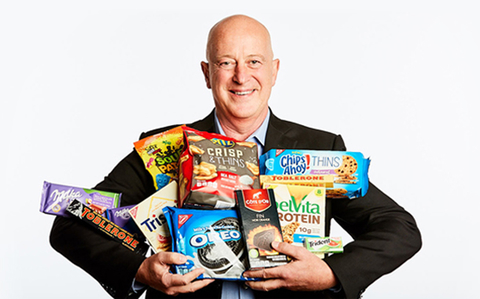 While the reasons for transitioning one CEO out and another in rarely are “black-and-white,” Deerfield, Illinois-based Oreo cookie manufacturer International announced on August 2 that—as Americans turn away from snack food in droves to devour healthier fare—the company board has chosen Dirk Van de Put, current CEO of McCain Foods to succeed Irene Rosenfeld, as she steps down after 11 years at the helm, effective Nov. 1.

Van de Put will be moving from a $7.3 billion Canadian frozen french fry and potato products company to a $66 billion conglomerate with a variety of brands that includes not only Oreos, but Cadbury chocolate, Ritz crackers and Trident chewing gum.

Not only had quarterly sales at Mondelēz tanked recently—falling by 5% to $5.99 billion, according to a Reuters story—but a cyber attack on the company had resulted in shipping and invoicing delays, which weighed heavily on revenues.

Van de Put also will join Rosenfield on the board of directors at Mondelēz, on which she will continue to hold the title of chairman until March 31, 2018, when she steps down.

Van de Put brings nearly 30 years of experience in the food and consumer package industry to this new leadership role. He had been with McCain, a private company, since 2010 in various executive positions, according to a Bloomberg report. During his six-year tenure as CEO, he grew net sales by more than 50%, generating over 75% of that growth organically, with EBITDA growing double digits each of the last six years.

Prior to that, he had been affiliated with yogurt-maker Group Danone, water and beverage producer Coca-Cola; and pet care, candy, food, and drink brand Mars.

“The outlook is bright for this great company—one of the few that has consistently delivered on both the top and bottom lines, while making critical investments for future growth,” commented Rosenfeld.

She added, "The Board and I are confident that Dirk Van de Put is the right leader to take us forward. … Dirk has had a proven track record of driving top-line and category growth, while at the same time improving cost structures and profitability. And he has achieved these results with a values-based leadership style and steadfast focus on people."

"On behalf of the entire Mondelēz International Board, we want to welcome Dirk and are excited to begin working with him to lead the company through its next chapter of growth," said Lead Independent Director Mark Ketchum. "