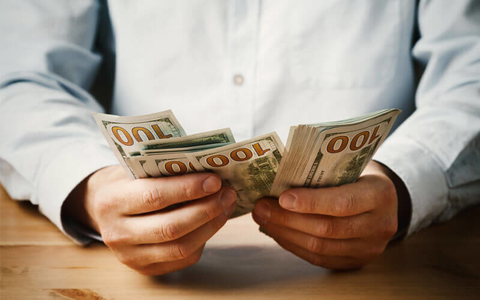 The disclosure by Honeywell that its CEO earned 333 times as much as a median employee last year is among the first pieces of hard evidence of pay inequality between company executives and workers.

The Dodd-Frank Wall Street Reform and Consumer Protection Act of 2010, which the Securities and Exchange Commission implements, mandates the disclosures in its effort to increase transparency following the financial crisis. For many, the numbers confirm what was long suspected—and have companies on edge.

“I think they’re worried about how their own people will react,” said David Wise, a senior client partner at Korn Ferry, in a Chicago Tribune article. “How do you communicate to an employee who now knows they’re paid in the bottom half of the company?”

At Honeywell, the median worker earns $50,296, while at $16.5 million, CEO Darius Adamczyk makes 333 times as much. A statement from the technology company explained the pay as tied to performance-based incentives, so the number fluctuates based on how well Honeywell meets predefined targets.

Honeywell isn’t the only company with wide pay discrepancies. At Israel-based Teva Pharmaceuticals, the difference is 302 to 1, while Umpqua Holdings regional bank’s is much smaller, at 55 to 1, according to the article.

The Economic Policy Institute estimated that CEOs were making as much as 270 times more than their average workers in 2016, while the AFL-CIO’s Executive Paywatch put the ratio at 347 to 1.

In coming weeks, announcements with even more sizable differences could emerge. “Walmart, for instance, says its average hourly pay for full-time workers was to reach $13.38, following a company-wide wage increase in 2016,” wrote Michael Hiltzik in the Los Angeles Times. “That's about $27,800. Its CEO, C. Douglas McMillon, was paid $22.4 million last year. That would create a ratio of about 805-to-1 based on hourly wages alone.”

U.S. worker wages have remained largely unchanged since the 1970s, but the top 1% of income earners “have more than doubled their share of the nation’s income over the same span,” according to a February brief from the Institute for Policy Studies. As a result, the ratio has been growing. In 1980, it was about 42 to 1, Hiltzik write.

Following the 2017 tax reform legislation, companies stand to earn even more this year, which could push ratios up again. For instance, Honeywell moved its expected full-year earnings per share for 2018 up to 13% from 9%, citing the law.

“At the end of the day, we’re all human. We all want to be above average. When you’re not, that impacts job satisfaction, engagement and performance,” Wise told the Tribune. “That’s the part companies are worried about the most—and they should be.”