Co-living offers employees who are new to a city privacy, new pals, and reasonable pricing 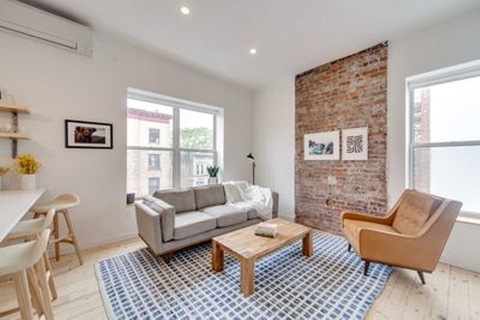 Co-living offers young renters a one-year lease, a private bedroom and bathroom, and a common space for socializing. (Common)

As college graduates flocked to cities nationwide this summer to start their first jobs and internships, many had no friends with couches to sleep on when they reached their destinations—and no idea of where to live.

What can HR recommend? Now, there’s a new breed of landlord who wants just this type of business, according to a report by Crain’s Chicago Business. They’ll rent new employees a room in a building full of amenities and people eager to make friends.

It’s not a dormitory, but it has all of the same advantages. That's the basic pitch for an arrangement called co-living—also described as apartment-sharing—a trend that's well-established in high-rent cities such as New York, Washington, D.C., and San Francisco, but is still in the startup stage in Midwestern cities like Chicago.

What exactly is co-living? Under this type of agreement, young adults new to the city will move in with roommates—strictly sight unseen—after signing separate one-year leases that provide for a private bedroom and bathroom, but a shared common space. The price is right and for a young professional new to a city, the company of others in the same position is welcome.

Now, the business news outlet reports, co-living has come to the Windy City’s L in Logan Square, home of a 120-unit building that opened last year. Each of the units offers three bedrooms and bathrooms, as well as a common area that is fully furnished with everything that residents might need, including a flat-screen television.

And in Ukrainian Village, the New York City-based co-living startup Common just opened a 12-bedroom building—the first of three Chicago properties it plans to roll out this year.

On its website, Common describes the co-living experience it offers as a combination of the following:

"It makes a ton of sense because young adults in their twenties who are moving to Chicago would gladly trade square footage within their apartments for high-energy, active common spaces where they meet and network with like-minded people in a similar phase in their life," says Robert Bronstein, president of Scion Group, a Chicago-based student housing provider, told Crain’s Chicago Business. Scion plans to try out the co-living concept by opening up to young professionals.

"There's really nothing that the markets are doing to facilitate friendships, to facilitate connectivity," says Noah Gottlieb, principal at Property Markets Group, a New York-based developer that built L in Logan Square.

In addition to L, PMG is developing U, described in an article by Curbed Chicago as a 100-unit apartment building near the University of Illinois at Chicago expected to open next May.

Many co-living developers invest heavily in common areas and amenities and offer activities to create a social atmosphere and make up for the lack of private space. PMG is among them, having an outside yoga group hold classes on L's rooftop deck and then host a happy hour for students and residents after it's over, Gottlieb says.

The goal is to make each building a social community. Many renters "want their building to be more than just a room in which they sleep," he says.