CEOs walk a fine line with friendships at work 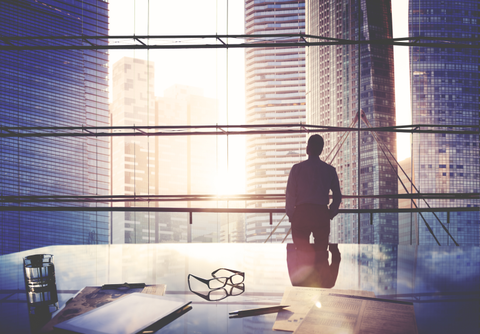 A CEO has to choose his or her (work) friends carefully.

Working closely together for long periods of time is bound to make friendships develop, and this can be especially sticky for a CEO. There is usually a line, but it can be blurred, and the question becomes should CEOs be friends with their co-workers.

The answer depends, said Wendi Weiner, Esq. “There needs to be a separation because otherwise it can put your authority as CEO in an uncompromising position. However, there are professional work friendships that can develop where the respect and boundaries are not crossed.”

For the friendship to work, Weiner said, “there would need to be a very open line of communication and a specific understanding that you don't bring the friendship into the boardroom—meaning you can't leverage the friendship when times get tough in the office.”

“Being friends with your employees is a good path to take in my opinion,” said Jenna Oltersdorf, CEO of Snackbox, a marketing agency. “It creates trust and transparency. I enjoy my people tremendously. And, since we’re in a service industry, the more I get to know my employees, the better I can match them with their clients and accounts. It’s a win-win for all.”

The company has “worked hard to build a personable culture,” Oltersdorf said. “We think of our team as family more so than employees. But as you can imagine, treating your team like family lends itself to being more involved in their day-to-day lives.”

Another “often unspoken variable is that in life, we pick our friends and those with whom we socialize,” Littlefield said. “However, in the workplace, a CEO who decides to pick and choose with whom to socialize will likely be seen as unfair and showing favoritism when the stakes are high.”

For that reason, “the CEO is best positioned when she is knowledgeable about what an employee values outside work, but does not socialize beyond an occasional mingle after hours,” Littlefield said. “Most importantly, the CEO must maintain the utmost of professionalism, regardless of the setting.”

In the world of social media, “a simple photograph can easily be taken out of context and jeopardize professional authority—at the current organization as well as future organizations,” Littlefield said. “Ultimately, yes, a CEO can be friends with staff; friendlier than acquaintances but more distant than peers.”

CEOs should be friendly, but not friends, with staff, said Ethan Rasiel, CEO of Lightspeed.

Being “friends” has many risks, Rasiel said. “It creates a conflict of interest. How do you fairly do a performance review or evaluate salary for a personal friend?”

There is also the possibility of favoritism and jealousy from other colleagues, and the friends you make may not be genuine—they might only want to be friends with you to curry favor, Rasiel said.

However, being friendly with staff is a whole other matter, Rasiel said.