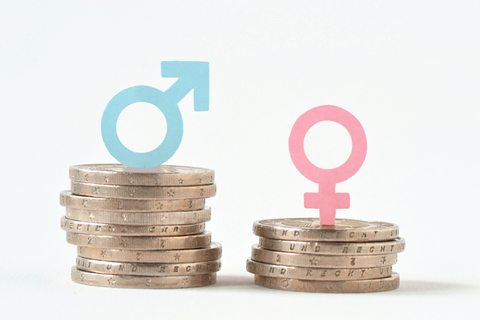 While overall CEO pay is up, women tend to lag their male counterparts. (Image: CalypsoArt/iStock/Getty Images Plus)

CEOs’ compensation continues to climb, yet women still struggle to get parity, a study shows. The median compensation of CEOs at the top 100 U.S. companies based on revenue was $15.7 million last year, compared with $15 million the prior year, according to pay consultant Equilar.

Hock E. Tan of Broadcom was the highest compensated CEO, at $103 million, compared with his company’s $17.6 billion in revenue.

Brian Duperrealt of American International Group was second highest, with $42.8 million to his company’s $45.9 billion.

Mark Hurd of Oracle was third, with compensation of $40.8 million to his company’s $37.7 billion.

Representing the only woman in the top five is Safra Catz of Oracle, co-CEO with Hurd, and compensated $40.7 million.

And rounding out the top five is Robert Iger of Walt Disney Co., receiving $36.3 million.

At number 100, the bottom of the list, is Warren Buffett, keeping with his practice of giving himself compensation of $100,000. Just ahead of him is Ron Rittenmeyer of Tenent Healthcare, at $3.7 million, and Bernardo Hees of Kraft Heinz, at $4.1 million.

The report shows the large compensation that CEOs continue pulling down, and the continued low representation by women.

Among the 20 CEOs who were compensated the most, only five were female. There is the aforementioned Catz, who ranks as the highest-paid woman.

Catz, who avoids the limelight that her outspoken boss Larry Ellison enjoys, joined Oracle in 1999, MoneyWatch reported. According to Wharton Magazine, Katz drove Oracle's successful 2005 hostile takeover of PeopleSoft. The $10.6 billion deal made Oracle No. 2 in the business-management software market behind Germany's SAP.

The India-born Nooyi joined Pepsi in 1994 and held a variety of positions, including chief financial officer, before rising to the top job in 2006, MoneyWatch said.

General Dynamics' Phebe Novakovic, whose salary came in at $21.2 million, joined the company in 2001 and assumed her current position in 2003. The corporation makes battle tanks and nuclear-powered submarines along with Gulfstream business jets.

Duke Energy CEO Lynn Good ranked fourth on Equilar’s female CEO rankings, with a salary of $21.1 million. She began her career in the utility industry in 2003 at Cinergy, which Duke acquired three years later. She became Duke CEO in 2013 after serving as the chief financial officer and leading the company's commercial energy business, MoneyWatch said.

Marillyn Hewson joined Lockheed Martin, the world's largest defense contractor, as an industrial engineer more than 30 years ago. Her salary was $20.2 last year. She assumed her present job in 2013 after the executive who was in line for it, Christopher Kubasik, was fired for having an affair with a subordinate, according to MoneyWatch.