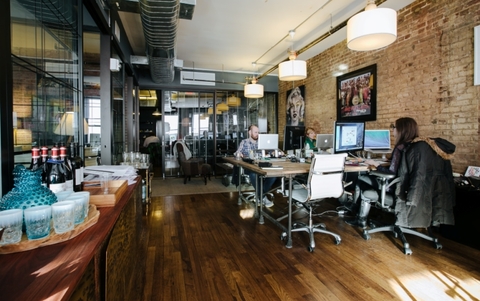 Working the crowd: WeWork collaborative workspaces are popular and profitable

WeWork, a seven-year-old New York City-based collaborative workspace with attractive services—such as a catered lunch, IT support, healthcare insurance, payment processing and more—has raised $4.4 billion since July. That makes the trendy office space provider the third biggest U.S. startup by valuation ($21.06 billion), after Uber ($68 billion) and Airbnb ($31 billion) and before SpaceX ($21 billion), according to a report by Recode, based on PitchBook data as of Aug. 8. Rounding out the top 10 list after SpaceX are Pinterest ($12.3 billion) Samumed ($12 billion), Dropbox ($10 billion), Stripe ($9.06 billion), Lyft ($7.5 billion) and Outcome Health ($5 billion). (Recode)

Moving on: CEO Mike Cagney to step down at SoFi

Silicon Valley-based SoFi—an unconventional online lender that offered Millennials a month’s worth of avocado toast in late June if they bought a new home with the company’s mortgage—announced this week that CEO Mike Cagney would step down by year-end. The resignation follows allegations of sexual harassment at the financial startup, followed by the dismissal of an employee who had reported the improprieties to management. The company has begun a search for Cagney’s successor as CEO, and Cagney will remain in the role until the board names a successor. “I believe now is the right time for SoFi to start the search for a new leader,” Cagney said in a statement released on Sept. 11. “I could not be more proud of the company we’ve built together, and I look forward to passing the baton to a new CEO who can continue SoFi’s mission of revolutionizing personal finance, helping our members to get ahead and find financial success.” (SoFi)