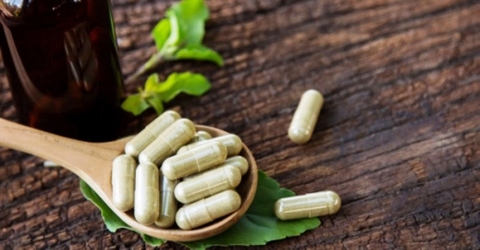 Ken Martindale—the Rite Aid executive who has managed its retail operations nationwide—has left the drugstore chain to become chief executive of diet supplement company GNC Holdings, headquartered in Pittsburgh. Martindale, who worked at Rite Aid for almost nine years, was CEO of Rite Aid Stores and president of the parent company. His exit comes three months after a merger between Walgreens Boots Alliance and Rite Aid fell through, with Walgreens instead buying half of Rite Aid’s stores.

Interestingly enough, vitamin and supplement retailer GNC is in the midst of its own turnaround campaign. Martindale will succeed interim CEO Bob Moran, who held the position for more than a year as the company searched for a permanent leader. (The Wall Street Journal)

On Sept. 6, a preponderance of Staples’ stockholders approved a proposed $6.9 billion merger of the nation’s largest office supplies chain to New York private equity firm Sycamore Partners, but rejected “golden parachute” compensation for top Staples executives, the two companies announced jointly. The vote on the leveraged buyout by Sycamore, which specializes in retail and consumer investments, was the last hurdle that had to be cleared before closure of the deal, which is expected by the end of October.

The pending deal with Sycamore, which would take Staples private, follows Staples’ May 2016 decision to abandon plans for a $6.3 billion merger with rival Office Depot. That decision came after a federal judge ordered a temporary halt to the transaction to allow for a Federal Trade Commission review.

Staples’ board supported the Sycamore deal, announced in June, amid company sales declines in four of the last five fiscal years. Once Sycamore closes the Staples deal, it expects to separate the chain’s U.S. and Canadian retail businesses, including Staples.ca, into two separate Sycamore-affiliated entities that would be independently managed. The surviving Staples would consist solely of its remaining North American business-to-business delivery division. (Boston Herald)