CEO Roundup—Big gun at Remington steps down; Advisory Board sells units for $2.6B 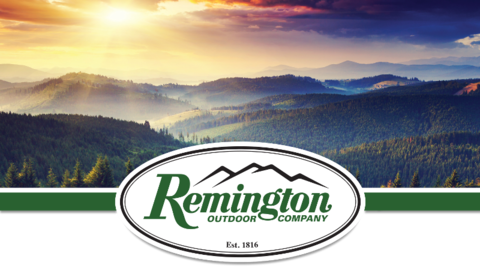 Earlier this week, James “Marco” Marcotuli left his position as CEO of Remington Outdoor — a manufacturer of firearms, ammunition and related products based in Madison, North Carolina, according to an exclusive report by TheFirearmBlog. “Having met and spoken with …. Marcotuli on several occasions, he seemed very dedicated to making Remington a better company after some difficult times in recent years,” said writer Phil White for the publication, noting, “I’m sure there will be those who announce his departure as being prompted by the last quarter financial report showing a 24% drop in sales. Let me assure you this is not the case. He is well respected and in no way was [was] asked to leave says Remington “ There will be no formal announcement, but Remington Media Relations and Public Affairs Manager Jessica Kallam told the blog, “We are pleased to announce that Remington Board Member Jim Geisler has been elevated to Executive Chairman of the Board. This follows the decision by Jim Marcotuli to step down as CEO for personal reasons. Jim has also committed to continue as an advisor to the board during the transition.”

The Advisory Board, a Washington, D.C.-based consulting group that opened its doors in 1979, announced on August 29 that it planned to sell its healthcare division to UnitedHealth Group’s Optum unit in Minneapolis; and its education business to private equity firm Austin, Texas-based Vista Equity Partners, for a total deal value of $2.58 billion. Specifically, the education business will sell for $1.55 billion; and the healthcare business, for $1.3 billion, including debt. The sale of the education business is slated to close by the end of year-end or in early 2018, after which Advisory Board will merge its healthcare unit with Optum, the company revealed in a formal statement. Insurer UnitedHealth’s Optum business, which manages drug benefits and offers healthcare data analytics services, will also acquire Advisory Board’s equity interest in Arlington, Virginia-based healthcare technology supplier Evolent Health, which partners with health providers to help them achieve clinical and financial success. The combined deal would give Advisory Board’s shareholders about $54.29 per share in cash, including a fixed amount of $52.65 per share and the after-tax value of its 7.6% stake in Evolent, at closing.