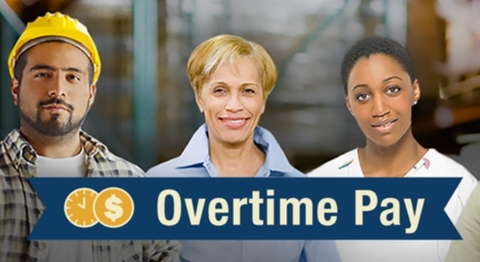 The rule would have doubled—from $23,600 to $47,476—the maximum salary an exempt worker could earn while still automatically being eligible for overtime pay. (U.S. Department of Labor)

On Aug. 31, Judge Amos Mazzant of the District Court for the Eastern District of Texas invalidated an Obama administration Department of Labor rule that would have made 4.2 million currently exempt employees eligible for overtime pay.

The rule would have doubled—from $23,600 to $47,476—the maximum salary an exempt worker could earn while still automatically being eligible for overtime pay.

Specifically, the final rule, as published in the Federal Register on July 6, 2015, not only would have mandated overtime pay for the lowest-salaried exempt workers but would also have allowed employers to use nondiscretionary bonuses and incentive payments (including commissions) to satisfy up to 10% of the new salary level.

Judge Mazzant granted summary judgment to more than 55 business groups that had challenged the Obama administration's rule. Last November, the same court had blocked the overtime rule from taking effect as scheduled on Dec. 1, 2016, but had not yet declared it invalid.

The U.S. Chamber of Commerce spearheaded the group, which included 21 states as well as business advocates. At the time, Chamber SVP Randy Johnson said in a statement that the DOL “went too far in the new overtime regulation,” adding, “We have heard from our members, small businesses, nonprofits and other employers that the salary threshold is going to result in significant new labor costs and cause many disruptions in how the work gets done.”

He further stated, “Many reclassified employees will lose benefits, flexibility, status and opportunities for advancement. This change is another example of the [Obama] administration being completely divorced from reality and adding more burdens to employers and expecting them to just absorb the impact.”

Based on the Aug. 31 ruling, employers will not have to make any changes in compensation. The order represents a final ruling, not a temporary injunction like the one issued in November 2016.

It is unlikely that the Trump administration’s DOL will challenge the new order. However, Secretary of Labor Alexander Acosta reportedly is looking at whether salary thresholds need to be increased.

In a formal statement, Society for Human Resources Management (SHRM) Senior Government Affairs Policy Counsel Nancy Hammer commented that the group "has always supported a reasonable increase to the salary threshold," adding, "We are pleased that DOL is now able to turn its full attention to crafting a more workable overtime rule."