Boredom at work a considerable issue 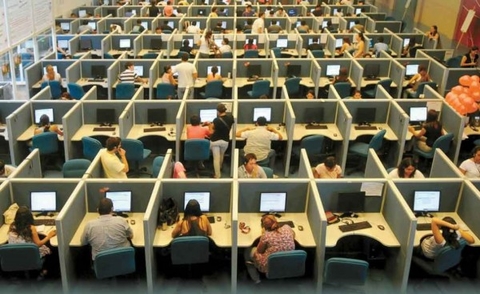 Being bored at work can cut productivity.

Bored at work or by your work? You’re not alone. Having nothing to do or feeling that way, or not feeling challenged by your position, is quite common.

Employees say they're bored in the office an average of 10.5 hours per week, according to a survey from staffing firm OfficeTeam. That equates to over a full day a week, or 68 days a year. Their managers admit there is malaise in the office, but they peg it at a lot lower—about 6 hours a week.

It’s up to CEOs to set the tone that can take some of the boredom out of the workday, OfficeTeam Regional Vice President Jennifer Zweig told FierceCEO.

“It starts at the top,” Zweig said. “From a CEO point of view, you want to make sure your staff is happy and productive.”

It helps “to have an open door policy to feel engaged and valued, and an open mind to hear ideas and initiatives,” Zweig said.

Given the tight labor market, it would indeed pay to keep employees engaged and satisfied in their jobs.

RELATED: Employers want to hire this year but are stymied by lack of prospects

The stakes are high: 2 in 5 employees (40%) said it's likely they'd quit their job if they felt bored at work.

Employees say they have a cornucopia of things to do when they are bored with work. They browse the internet, check personal email and social media, and chat with coworkers. Other activities to fill the time include making grocery lists and cutting coupons, learning another language, doing crossword puzzles, playing pingpong, doodling, making videos, paying bills, watching TV or movies online, playing online games, daydreaming, acting like they are interested in work and meetings, cleaning their desk, asking for more work and, most significantly, looking for other jobs.

Of all respondent groups, male workers and those ages 18 to 34 are bored the most per week (12 hours and 14 hours, respectively). These same groups are also most likely to leave their current position if bored (46% and 52%, respectively).

More than one-quarter of senior managers (28%) think the main reason employees are bored is because they don't feel challenged by assignments.

While 45% of workers are equally bored throughout the year, another 28% say work is most tedious during the winter.

The common denominator may be that employees aren’t being looked upon to excel, and that feeling may be coming from what is going on around them. A laid-back company sends out the message that it may be OK to take it easy, which can easily lead to boredom and lack of the right kind of productivity.