Why happy employees can grow your bottom line 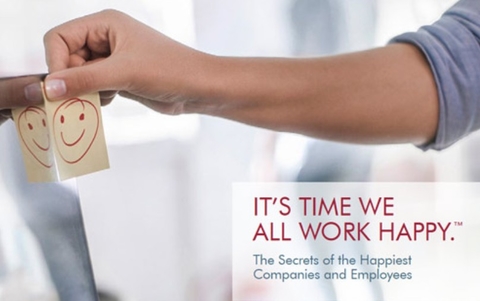 Job-related happiness has a tangible impact on productivity and profitability. (Robert Half UK)

Those working at small to midsized businesses, companies with 100 to 249 workers, are most satisfied with their work lives and professional positions, according to a survey of 24,000 working professionals across eight countries. The survey was commissioned by London-based recruiting firm Robert Half UK and released on Aug. 22.

The study, entitled It’s time we all work happy: The secrets of the happiest companies and employees, was executed by Happiness Works, a five-year-old London-based consultancy that offers an analytic platform to measure and track the employee experience.

Why does happiness matter? “Most business leaders acknowledge that workplace happiness has a tangible impact on productivity and profitability,” said Phil Sheridan, senior managing director at the recruiting firm, in a press release.

“Happy employees tend to be more engaged, loyal, creative and productive than their less-satisfied counterparts. Creating a positive culture that engages employees and boosts satisfaction levels enables companies to remain competitive and directly impacts the bottom line," he added.

The full report examines what triggers employee happiness in the workplace and establishes in what roles and at what ages employees are most content.

Among those with a smile on their faces, the researchers found:

What specifically drives happiness in the workplace? Among the 2,000 respondents from the U.K., specifically, the number-one factor was pride in their organizations, followed by being treated with fairness and respect, and by feeling appreciated for what they do.

Interestingly enough, these factors change with age. In the 18-to-34 age group, feeling appreciated is most important; in the 35-to-54 age group, it’s pride in the organization; and in the 55-plus age group, it’s being treated with fairness and respect.

And if marketing and creative professionals are the most delighted with their jobs, who are among the most discontented? Workers in the legal industry gave responses indicating that they were the most dejected, followed by financial services and accounting.

In terms of numbers of employees, while SMBs came off the best, only those with at least 100 employees were identified as great places to work. When the number of employees went down—or up over 250—researchers saw less job satisfaction, with the least happiness registered in companies with over 10,000 workers.

“Happiness is shorthand for a great experience,” said Nic Marks, CEO and founder of Happiness Works, in the report. “It’s an emotional word we use to summarize the quality of experiences in our everyday work—essentially, whether we are feeling good and doing well.”

For his part, Marks boils happiness at work down to three core positive emotions:

He notes that happiness doesn’t mean feeling great every moment of the day. “We’re all aware of how our feelings can fluctuate over the course of the workweek or workday. An employee who’s frustrated by the lack of progress on a current project can still be extremely happy on the job as long as that feeling of dissatisfaction is relatively short-lived.”

Finally, Marks notes that people have a fundamental need for a sense of autonomy and freedom. “Feeling that we can make our own decisions is a critical part of being human. Respect that employees are going to have their own way of doing things and be willing to offer praise when they come up with something you never thought of.”