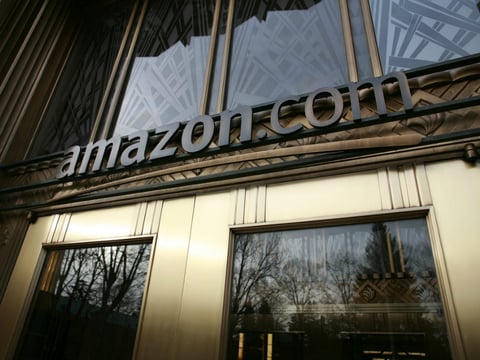 Amazon is among the corporate giants that have announced layoffs recently. (Robert Scoble/CC BY 2.0)

A harbinger of the economy potentially slipping is being sounded by a new report about job cuts.

The amount of employment reductions announced by U.S.-based companies jumped 71% month over month—60,357 in March compared to 35,369 cuts announced in February. In fact, last month’s total is the highest monthly tally since April 2016, when 64,141 job cuts were announced, according to a report by Challenger, Gray & Christmas.

Plans for job cuts can be a forward-looking indicator and are one of the areas economists look to as a sign the economy may be slowing.

“We’ve experienced 22 months of relatively low planned layoff activity,” said John Challenger, CEO of Challenger, Gray & Christmas, in a statement. “With the current economic conditions, companies are in a position to grow and invest. However, last month’s plans may indicate that growth could be slowing down, especially as the market continues to tighten.”

March figures parallel a trend for the quarter

“In 2016, cuts in retail and oil drove announcements in the first quarter,” said Challenger. “This year, we are likewise seeing cuts in retail, as that industry continues to pivot to meet consumer demand.”

In recent weeks some of the country’s biggest companies have announced large layoff plans, but most have been strategic, not because of soft business conditions.

GE set the tone in December, when reports began swirling that the company planned to cut 12,000 jobs in its power business, as the company’s new leaders moved to slash costs and stabilize the manufacturer, the Economic Times said, citing a report by Bloomberg, which cited a person close to the plans.

The reductions, accounting for about 18% of GE Power’s workforce, will mostly affect professional and production workers.

Several hundred employees will be shifted to new jobs at Google or other units of its Alphabet unit, said Fortune, citing The Wall Street Journal. The cuts are even deeper than the 9% reduction imposed last October, the paper reported.

Amazon is cutting hundreds of staffers as the company makes adjustments in its core consumer retail business, reported GeekWire. About 500 people are losing their jobs, GeekWire said.

J.C. Penney announced 130 job cuts at its corporate headquarters in Plano, Texas, and 230 cuts from within stores, CNBC reported.

Penney is also is shaking up its leadership team and says the cuts will save the company as much as $25 million annually.

A slew of AT&T layoffs nationwide looks poised to claim casualties running into the thousands, The Post reported. This was on top of the prior week’s firing of more than 700 cable installers.

It’s not just the employees of the companies that are affected by layoffs. Job eliminations have a halo effect that impacts companies that work with those doing the layoffs.