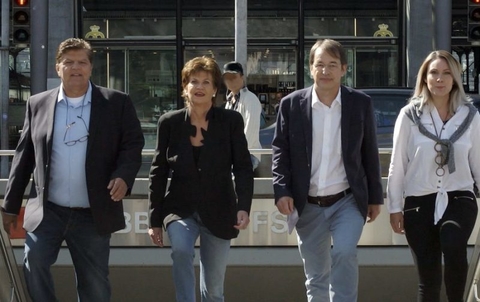 Every January, Davos, a small town in the Swiss Alps, hosts presidents, prime ministers, business leaders, and celebrities at the World Economic Forum. Now, the city of Lucerne in central Switzerland will welcome another meeting of the world’s greatest minds: Next June, about 1,200 innovation stakeholders, investors, incubators, accelerators, mentors, and economic development officers—from nearly 50 nations—are expected to join forces for the first time to solve the most burning challenges of entrepreneurship.

The World Innovations Forum is scheduled to debut June 6 to 8, 2018. “Our mindset is on global prosperity equality,” said Axel Schultze, co-founder and board member of the event.

The group said in a formal release that the topics discussed would include fundraising, mentorship, taxation, legal barriers, lack of ecosystems, lack of entrepreneurial mindset, societal issues and more. Two keynote speakers already have been booked: Bill Reichert, managing director, Garage Technology Ventures, based in Silicon Valley; and Frannie Léautier, former SVP of the African Development Bank, based in Abidjan, Cote d’Ivoire.

However, “only a few, but very igniting keynote speakers will inspire this forum,” organizers maintain. Their main objective is “to define immediate actions, stopping the so-called brain drain, where young entrepreneurs move to other countries, reducing the ability of their country’s innovation development.”

Participating countries are organizing monthly “national startup competitions.” The winners from each country will be invited to Lucerne in 2018 and compete for the world’s best startup. In this way, the organization believes, it will help several hundred innovative entrepreneurs to gain global visibility at no cost.

“We don’t want to be an elite club, but make sure the most qualified people join the forum,” said Rene Zeier, co-founder and CEO of the WIForum. Attendance is either by invitation or by confirmed application only.

For businesses from any country to equally represent themselves in the WIForum, sponsorship levels are based on gross domestic product per capita (GDP/C). A lead sponsor from Rwanda would pay €750 (US$889) while the same sponsor level from a French business would be asked to pay €38,000 (US$45,117).

A call for papers and for local “ambassadors” is out now on the WiForum website.