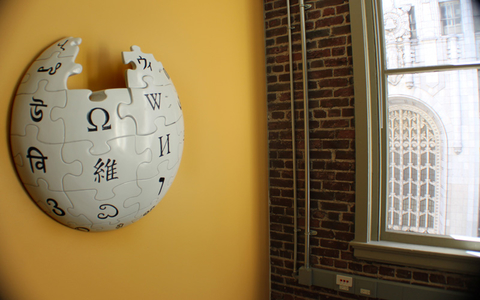 Paying for a Wikipedia citing provides startups with publicity and credibility. (Dmgultekin/CC BY-SA 3.0)

In 2016, three years after launching an online magazine for novice and early-stage entrepreneurs called Foundr, Nathan Chan realized he needed a Wikipedia entry to promote his brand. And, although the content in the “free encyclopedia” supposedly is contributed by 200,000 anonymous volunteers—and Wikipedia strongly discourages people who circumvent the system by trying to create their own pages—Chan was able to find a writer who would create pages about his company and himself for just $1,300, according to a report in the July edition of Entrepreneur magazine.

“Any legitimate brand has [a Wikipedia page],” Chan told Entrepreneur recently, noting that at the time he became interested. “All our competitors [had] pages.”

Indeed, the public relations value of a Wikipedia citing is high. Wikipedia ranks itself as the number-five Internet site in terms of popularity, searches, and unique site users.

“I see the value from a search engine optimization (SEO) standpoint,” Elaine Young, a professor of Digital and Social Media Marketing at the Robert P. Stiller School of Business at Champlain College in Vermont, told the magazine. “For an entrepreneur, one of the biggest challenges is getting found, and Wikipedia often comes up first in searches. It provides a starting point for information.”

What’s more, she believes, a citing can confer credibility, when a business is just out of the gates. “If somebody is older, a Wikipedia page with references and information may help them feel more comfortable with a small business,” commented Young.

But the opposite also is true, if the business is too embryonic for the writer to provide many details. “A lot of pages I’ve seen are just two paragraphs long,” Leonard Kim, a managing partner at InfluenceTree, a branding firm that creates Wikipedia pages for clients. He told Entrepreneur that such listings are “… kind of premature to the point where they lack info that sells me on the company. Unless you have an amazing founder’s story and a lot of cred from notable people, it could actually hurt.”

Getting the job done

Impatient to create his pages, Chan knew it was unlikely that some nameless volunteer editor would take a keen interest in his little-known start-up site and decide to build a page on an impromptu basis. Therefore, a few months ago, he posted a query on Facebook, looking for a writer to create his pages. He received a referral to an experienced editor who would build his entries for a fee.

But why pay for a listing that he could write himself? According to an article on LegalMorning, it is not that simple. “There are certain rules and guidelines that preclude people from editing or creating pages if they have some kind of conflict of interest,” the news outlet says. “Wikipedia is meant to be an unbiased platform, and it can be very difficult to be unbiased in an article about yourself. You may also be confused by the required writing style and the somewhat intricate coding requirements on Wikipedia.”

And it looks as if Chan got a good deal on his pages. The cost of Wikipedia writing services can range from a few hundred to a few thousand dollars, Entrepreneur reports—and it is a fast-growing business. “Multiple such editors interviewed for this story say they’re inundated” with offers, according to the story.

Finally, the subject of the page–company owner, product developer—continually must be on the alert. Anyone, including trolls, can edit a Wikipedia page, so negative business news is likely to be featured alongside the positive. In the end, some content owners or editors buy a lifetime monitoring and upkeep service, such as Submit Express of Glendale, California, which has worked for a variety of client—among them, Samsung, Waste Management, Siemens, Amgen, Matchmaker, CIT Group and Purina Mills.