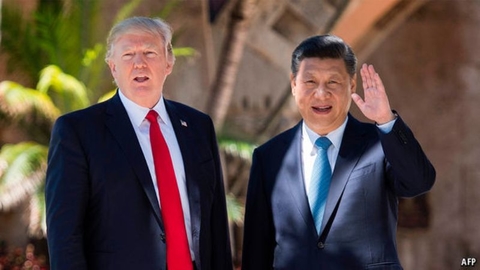 President Donald Trump signed a memorandum on August 14 directing U.S. Trade Representative Robert Lighthizer to determine whether a probe is needed into Chinese trade practices. The move represents the first step in a process that could enable the POTUS to impose tariffs or other punitive trade actions on Chinese imports.

Indeed, Chinese laws require foreign firms in some sectors, such as energy and automaking, to form joint ventures with local partners—which often result in the transfer of technology.

And not just a negligible amount: In a report published last February, the Commission on the Theft of American Intellectual Property named China as the main offender, estimating it costs the U.S. economy up to $600 billion a year.

“These laws, policies, practices, and actions may inhibit United States exports, deprive United States citizens of fair remuneration for their innovations, divert American jobs to workers in China, contribute to our trade deficit with China, and otherwise undermine American manufacturing, services, and innovation,” Trump said in his August 14 memorandum.

"This is just the beginning," Trump commented at the White House signing ceremony, adding, "We will defend our workers."

Shortly after Trump signed the directive, Lighthizer said in a statement his office would “engage in a thorough investigation and, if needed, take action to preserve the future of U.S. industry."

Trump’s bluster about China this week coincides with an effort by his administration to seek cooperation with PRC President Xi Jinping on North Korea's ongoing missile threats. According to CNN Money, some experts are saying that the wording of the memorandum has been watered down—reflecting how high a priority North Korea is for the administration. Trump's order doesn't direct Lighthizer to open an investigation. It directs Lighthizer to “determine if an investigation is needed.”

Finally, this move comes the same week administration officials will begin to renegotiate NAFTA, the free trade deal between the United States, Canada and Mexico. During his presidential campaign, Trump made NAFTA his No. 1 target, calling it "the worst trade deal maybe ever signed anywhere, but certainly ever signed in this country."