Small change: Tax reform is stumbling over revisions to the small business rate 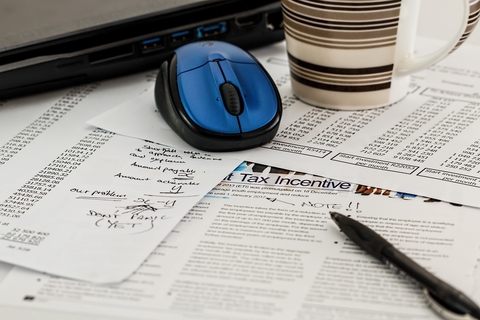 With Republicans pushing to overhaul the tax code before year end, analysts say legislation could include a number of anti-abuse rules.

When the Trump administration focuses on tax reform later this year, small businesses may be among those most affected—as lawmakers contemplate cuts to “pass-through” rates, even while attempting to block abuse of the proposed lower assessments.

The vast majority of U.S. businesses are not C-corporations, which are subject to the corporate tax rate of 35%. Fully 95% are smaller companies—sole proprietorships, partnerships, and S-corporations—which are taxed through the individual income tax code, often at the top 39.6% rate. Such companies are called “pass-throughs” in tax lingo, because the taxes, literally are passed through to their individual tax returns.

Now Republicans, who control Congress, have vowed to give pass-throughs a tax rate as low as 15%, in order to help small businesses grow.

However, according to an Aug. 10 report by Reuters, the danger inherent in this proposal is that high-income Americans could reap enormous windfalls simply by reclassifying their wages and salaries as pass-through business income to qualify for the new low rate.

Indeed, such tax evasion ploys could filch up to $584 billion from government coffers over the next decade, the nonpartisan Urban-Brookings Tax Policy Center has estimated.

The Center on Budget and Policy Priorities, also nonpartisan, points out that a key beneficiary of this plan would be President Trump, himself—noting that “this would provide a massive windfall to the very wealthy and has sometimes been referred to as the ‘Trump Loophole,’ because Donald Trump exemplifies the type of business owner whom it would most benefit.”

"These are tough, tough questions. And politics aside, they're what has held up tax reform for so long," one corporate lobbyist, who asked not be identified, told Reuters. "This is an area where there's still a lot of discussion and no solution."

One proposal under consideration would apply the pass-through rate to only 30% of a business owner's income, Reuters reports, while giving taxpayers the option of qualifying for more favorable treatment from the Internal Revenue Service, congressional sources and lobbyists told the business news outlet. The remaining 70% of income would be taxed at the higher individual rate.

The trade group, the National Federation of Independent Businesses wants Congress and the Trump administration to apply the lower tax rate to 50% of a business owner's income.

With Republicans pushing to overhaul the tax code before year end, analysts say tax legislation could include a number of anti-abuse rules. "Lawmakers aren't going to know which anti-abuse measures work. If they're risk-averse, they may throw in more than one," Scott Greenberg, a senior analyst at the Tax Foundation, a nonprofit think tank, told Reuters..