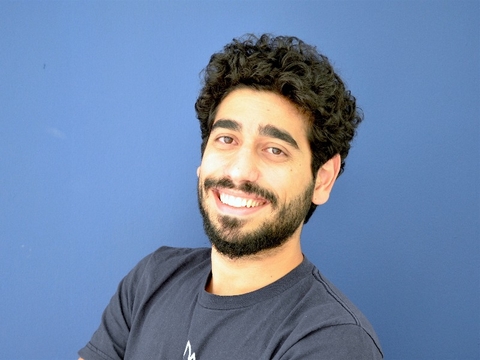 Tonkean CEO Sagi Eliyahu is out to remove micromanagement from the way businesses operate.

The startup uses a dashboard and chatbots to automate the process of gathering information on the status of initiatives and projects within companies, freeing up managers to focus on pushing a business forward.

“By using automation, you free up managers to focus on their business instead of micromanaging people and projects day to day,” Eliyahu told FierceCEO. “They don’t like nagging their employees and their employees don’t like being nagged by them.”

Take for example the time-consuming task of managing an office, Eliyahu said. Without Tonkean, managers need to manually pull together information from different people, departments and systems.  With Tonkean, “it’s all done automatically,” Eliyahu said.

Tonkean’s approach to making business less cumbersome was born of his time with the Israeli Defense Force as well as Jive Software, the job Eliyahu had before co-founding Tonkean.

Eliyahu held executive engineering roles at Jive. Joining in 2010, he drove the creation of the company’s R&D center in Israel, growing the team from 10 to nearly 80 and driving the development of over 16 products including significant elements of the company’s core infrastructure and applications. He later relocated to the U.S., where he was a member of the company’s executive staff and assumed responsibility for Jive’s new line of products, leading an engineering team of nearly 120 globally.

As management layers were added, Eliyahu saw a disconnect between the reporting tools that were being used and the context he could only get directly from his team. The time-consuming, manual effort required to find and make sense of the details he needed to stay informed on project statuses led him consider how this practice could be made more efficient and effective.

This led him back to his four years of service in Unit 8200, the Israeli Defense Force’s intelligence agency, where he designed and built complex data and information systems to advance decision-making. He realized those same technologies and practices could be used to improve business management as well. Tonkean was the result.

Tonkean generally builds business by starting with small teams within larger organizations and having its services expand throughout the rest of the company, Eliyahu said.

The company was founded in 2015 and is backed by venture capital. Eliyahu will not say how much Tonkean has raised because it is preparing for another round of capital raising.

Tonkean continues the technology path Eliyahu has taken virtually his entire life. “I started coding when I was 11 and had my first business, a website development company, at 15,” he said.

When I was six. My dad had his own business and it was something I wanted to do.

What gets you excited the most?

What is the single key trait for a leader?

To be able to listen.

Making sure we’re true to our core goals.

Keep them in the loop.